He’s available. There have been a lot of people to come through WWE’s doors over the years and some of them have made quite the impact. At the same time, there have been several people who are able to play a role that doesn’t showcase everything that they can do. Those people often work better behind the scenes and one such name is now interested in returning to WWE in a certain position.

During the latest edition of his Story Time With Dutch Mantell podcast, former WWE star Dutch Mantell said that he would be willing to return to WWE in an advisory or coaching capacity. While he could not appear as an on-screen character, he could be a good choice for someone to coach talent or show someone how to play a character like him. Mantell has worked for WWE multiple times throughout the years, most recently as Zeb Colter.

Opinion: I don’t think I can imagine Mantell getting a job back with WWE, but he is right in that he would be a heck of an idea man for the promotion. Mantell’s heyday was in a rather different era than what takes place these days and that could be a bit of a disconnect between what he can offer and what you see today. That being siad, Mantell is also quite the wrestling mind and it could be interesting to see him working with the company in some way.

What do you think of Mantell? Will he work for WWE again? Let us know in the comments below. 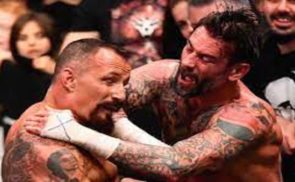 Former AEW Star BLASTS CM Punk, Calls Him A C*NT And Accuses Him Of Move Theft