Vince McMahon Wants More Of THIS In WWE

It’s what he wants. While he might not be quite what he was before from a creative standpoint, Vince McMahon has been one of the forces behind some of the greatest wrestling pushes of all time. McMahon has helped guide names like Hulk Hogan, Steve Austin and the Rock among others to the top, but he has always has a bit of a type to the wrestlers he likes. That type is still around today.

If there is one thing that McMahon has liked to push over the years, it is monsters. McMahon has always had a fondness for larger than life wrestlers and that makes sense. By making wrestling such a showcase of physical specimens, it is a good idea to have so many people who are absolutely huge. Sometimes it helps if they are especially mean, and that is where McMahon’s thinking is going at the moment.

According to the Wrestling Observer Newsletter, McMahon wants more monsters on the roster, but he does not think WWE has any monsters who can wrestle at a high level. McMahon has always liked using monster villains when business is down and would like to do so at the moment. There is no word on who McMahon is considering for such a role or if he would bring someone up from NXT.

There is a history there. Check out some of WWE’s monsters:

Opinion: It makes sense from McMahon’s perspective as this is what has worked for him for almost forty years. Why not do something that you have done with so much success over time? The problem does not seem to be in who is being presented though, but rather how they are being presented. Until WWE fixes that problem, I’m not sure how much good any change is going to make.

What do you think of the idea? What does WWE need to fix most? Let us know in the comments below. 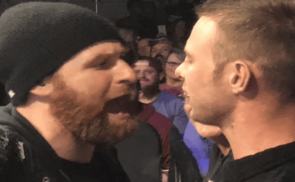