You have to start somewhere. There are modern legends in wrestling and then there is the Undertaker. In all of this generation of wrestling, there may be no one anywhere close to the level of mystique of the Undertaker, who managed to take one of the most over the top gimmicks in all of wrestling and turn it into something that is as unique as they come. That was not always the case though, and now we have some proof.

Out of all of the territory based wrestling promotions, the Memphis territory may be the most fascinating of them all. There are very few wrestlers from the 1980s or 1990s who did not have at least a cup of coffee there and it can make for some fascinating moments. That is certainly the case for the Undertaker as well and now some classic footage has popped out of the vault.

When worlds collide. Check out the flashback:

Jerry Lawler has released a video of the Undertaker in Memphis from 1989, when Undertaker was still known as Master Of Pain. The video includes a promo with an explanation of the character, who had been in prison for allegedly killing two men in a parking lot. After the promo, Master of Pain wins a short squash match with the jumping clothesline he would later use as Undertaker.

Opinion: I love this kind of stuff as you never know what you are going to find from back in the day. As famous as he is now, Undertaker started off like so many other wrestlers, many of whom went through Memphis to get to where they are today. The Master of Pain may not be some revolutionary character, but it was a foot in the door and that’s the best thing you can have in a lot of cases.

What did you think of the promo? What is your favorite Undertaker match? Let us know in the comments below. 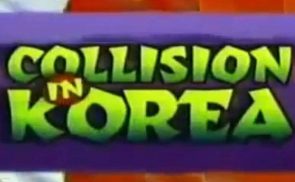 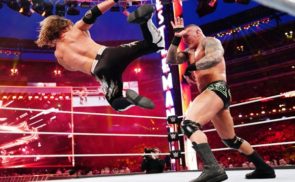