If one doesn’t get you, the other will. Earlier this month, the Undertaker announced that Kane would be accompanying him to Australia at Super Show-Down to cancel out Shawn Michaels in Triple H’s corner. This marked another reunion of the Brothers of Destruction, who have teamed together on and off for the last twenty years. That sounds like a retrospective to me. 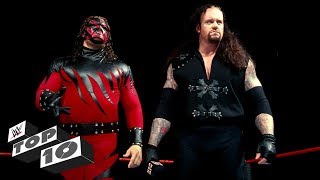 WWE has posted a new Top Ten list looking at the best moments in the history of the Brothers of Destruction. These moments are related to their time teaming together rather than the two of them fighting against each other. They range throughout the team’s history, which covers the better part of twenty years as Kane debuted in 1997 and the two teamed together for the first time the next year.

Opinion: It’s not hard to see why the Brothers of Destruction have been together for so man years. They’re big, scary guys who can do things that almost no one else is capable of doing. Let them go out there and do their thing to a big reaction and that’s all it needs to be. It’s a simple formula and one that will work as long as you try it, which isn’t something that is always the case.

What is your favorite Brothers of Destruction moment? What did WWE leave off the list? Let us know in the comments below. 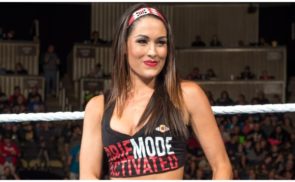 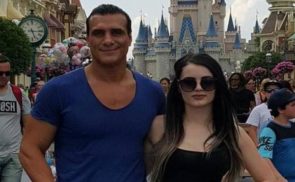 Alberto Del Rio Has Some Very Nasty Comments About Paige