Video: The Miz and Maryse in A ChristMiz Story


When worlds collide. With less than ten days before Christmas, you know the kind of things you’re going to see on TV. Whether it’s “It’s a Wonderful Life”, “Home Alone”, “A Flintstones Christmas” or “Elf Bowling: The Movie” (yes that last one is real), you’re going to see a ton of Christmas movies and specials. One of the most popular is “A Christmas Story” and that sounds ripe for a parody.

In a new video posted to WWE’s YouTube channel, the Miz, Maryse, and Miz’s parents parody the film called “A ChristMiz Story” with Miz donning the famous bunny costume. There are of course WWE themed jokes and I don’t think this one requires much more information. If you like the movie, odds are you’ll like this. Here’s the video: 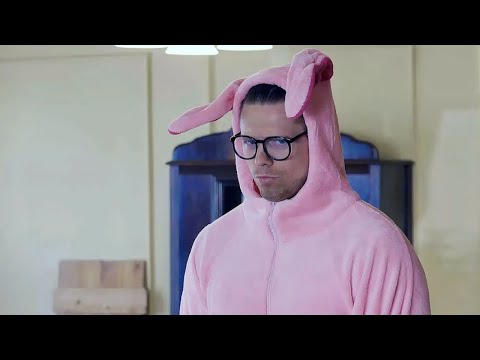 Opinion: I’m a Christmas movie fanatic, though “A Christmas Story” isn’t one of my favorites. That being said, Miz and Maryse have great comedic timing together with their “Total Bellas” parody being hilarious. If you give them a good idea to work off of, they can put together something rather entertaining. The Zack Ryder joke alone makes this one work so check it out if you haven’t yet.

What is your favorite parody? Would you like to see Miz turn face again? Let us know in the comments below.

WWE Hall of Famer in Physical Altercation at Fan Convention