So much for that. Back in February 2014, the WWE Network debuted and changed the wrestling world forever. For the first time ever, we were able to see so much of the WWE video archive completely legally for a rather cheap price. That is the kind of thing that should make wrestling fans very happy, though there were still changed that could be made. One of those changes won’t be happening at the moment though.

While the WWE Network has been around for six and a half years now, it has not changed all that much. There have been some software updates and a lot of extra content being added, but the price has still been $9.99 since its inception. Over the years, there have been a variety of rumors and stories about the WWE Network switching to a tiered model with a higher priced section, but nothing has ever come of it. That seems to be the case again.

According to Wrestling Observer Radio, WWE has scrapped its plans of offering a tiered system of the WWE Network for the time being. The addition tier was rumored to include extra content from Progress or Evolve, though the latter promotion has since closed. The company does now offer a free version of the WWE Network, which replaced the first month free option, but no higher priced tier ever formed. There is still a chance that the move could take place in the future, though there is no date on when it could take place.

Opinion: This seems to be the case time after time, though I can’t imagine that the $9.99 system will stick around forever. There is money on the table for WWE and there is a chance that they are going to need the extra money sooner rather than later. Fans want their content and there is a good reason to believe that they would be willing to pay more for what they have available.

What would you like to see on another tier? How much would you pay for it? Let us know in the comments below. 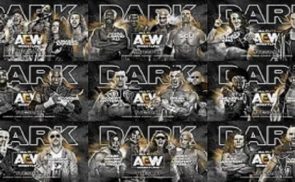