RUMOR: WWE’s Attempt To Have Fans At Summerslam

Well they tried. We are less than a month away from Summerslam and that means WWE needs to start cranking things up. They have a lot to do in just a few weeks’ time but this year things are even more complicated by the Coronavirus, which has prevented fans from attending WWE events for the last four plus months. That is quite the problem, and it seems like a problem that is going to continue.

The lack of fans can cause a lot of problems for any wrestling show as it causes a noticeable lack of energy. That is the kind of thing that causes the show to feel a lot different and not in the best way. WWE certainly seems to understand this and has used some of its NXT talent to fill in the gaps, but they can only do so much. With Summerslam coming up, they are trying something else, though it does not seem to be working out.

According to the WrestleVotes Twitter account, WWE has tried to find a location in the northeast to hold Summerslam with limited fans, but no state has shown any interest in allowing them to do so. Summerslam was originally scheduled to take place in Boston, Massachusetts until the city’s Mayor banned all large gatherings. WWE has yet to announce a new location for the show.

WWE has looked into hosting SummerSlam within the Northeast at an outdoor location w/ limited fans, and as of now, have found no interested states in allowing that to happen.

Summerslam can work in a lot of different ways. Check out some of its unique history:

Opinion: I can’t say I blame anyone for not wanting WWE and its fans to come in and possibly spread the Coronavirus. A lot of people are being especially cautious at the moment and it is something that should be taken seriously. I’m not sure what that is going to mean for Summerslam, but odds are it is going to wind up at the Performance Center all over again. It would be nice to see it elsewhere, but right now I don’t think it is something likely to take place.

What are you expecting from Summerslam? When will fans be back at the events? Let us know in the comments below. 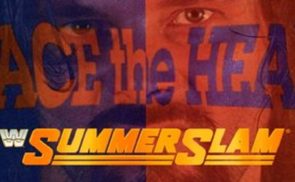