WWE Finally Makes an Official Statement on Undertaker and HBK

It’s confirmed. With the Royal Rumble season building up, it’s obviously time for some big names to come back to the show, including some former Royal Rumble winners. With “Royal Rumble 2017” in Texas, it would make even more sense to have some Texas wrestlers show up and help hype the show.

As previously reported, Undertaker and Shawn Michaels were both rumored to be appearing on the January 9 episode of Monday Night Raw. While this was just a rumor for a few days, it has officially been confirmed on this week’s Monday Night Raw.

Both are officially appearing on the show next week with Undertaker helping to set up the pay per view and Michaels presumably there to promote his upcoming film The Resurrection of Gavin Stone.

This isn’t the biggest surprise but that doesn’t mean it’s a bad thing. Having these big names back make the show feel like it matters a little bit more. I’m sure the fact that the NCAA National Championship game will be airing at the same time has nothing to do with next week’s show being stacked with legends of course.

Which name are you more interested in seeing? Do you think Undertaker has a chance at winning the Royal Rumble? Let us know in the comments below. 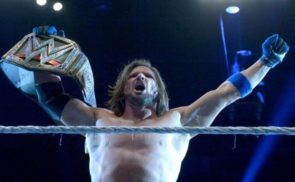 WWE’s Match of the Year Is… 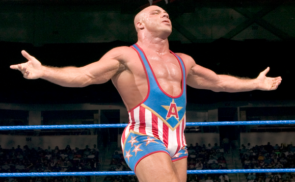 Angle Set to Take on WWE Alum in a Steel Cage