Every year, there are always one or two wrestlers who enjoy a breakout. Now that the 2016 calendars have been thrown in the trash and 2017 has begun, we can already let the speculation begin on who will be taking their careers to the next level. The WWE has joined in on the fun as well, with a poll on their website asking fans who they think is most likely to have a breakout year in 2017.

Unlike their poll about the WrestleMania 33 main event, this poll is still live and active. There are a mix of male and female superstars on the list, including Dana Brooke, who we can probably write off already. A couple of cruiserweights, Neville and Jack Gallagher, are also included. So, oddly, are American Alpha, who just won the tag team title. Seems like they probably already qualify as having broken out.

The three big names, though, are probably Apollo Crews, Big Cass, and Baron Corbin. Notably, Enzo Amore is not on the list alongside his tag team partner. It makes you wonder if perhaps the days of Enzo and Big Cass are numbered. Also, if you are curious as to who is currently leading the poll, it’s Corbin, who at the moment has 25 percent of the vote.

Who do you think will be the WWE’s breakout star of 2017? Let us know in the comments, and check out the Wrestling Rumors Facebook page. 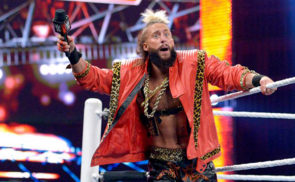 Another Match Added to Tonight’s Raw 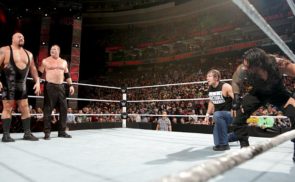 This Wrestler is King of the Royal Rumble