Another Match Added to Tonight’s Raw

2017 is upon us, and WWE is hitting the ground running on the road to WrestleMania. The January 2nd edition of Raw features a huge return, the end of some major storylines, and the start of the build toward the Royal Rumble.

UPDATE: WWE just announced another match for tonight, which will see Enzo Amore and Big Cass team up to take on Rusev and Jinder Mahal. Will Enzo seem like less of a certified jerk this week? Will Jinder finally seem relevant? We’ll soon see!

Raw lost the ratings war to SmackDown last week–amid some stiff competition on Monday night–but the red brand is coming out swinging to kick off the New Year. What’s on deck? Let’s break down everything WWE is advertising for tonight’s show.

The biggest news is the return of Goldberg, who disappeared following the announcement of his participation in the Royal Rumble. The Rumble is less than a month away, so it’s time for Goldberg to talk about his role in the match, and perhaps to deliver a serious warning to Brock Lesnar–who, incidentally, is not scheduled to appear at tonight’s show. (A surprise is always possible, though.)

It’s not all talk, though, as one major match is booked for tonight: a Last Man Standing contest between Sami Zayn and the brawny strongman, Braun Strowman. Zayn will certainly die a horrible death tonight, but we’re desperately hoping it’s not a squash. A hard fought, brutal contest is exactly what Sami needs on the main roster, and will do far more make Strowman into a believable monster than any casual stomping ever could.

The Universal Championship feels like a bit of an afterthought in all this, and given Kevin Owens’ excellent heel work, that’s a shame. We’re not blaming Roman for our lack of interest here, either–it’s just been a stale feud, with KO’s relationship with Jericho being the true highlight of the whole thing. Will Owens and Reigns get some fire going ahead of their world title match at the Rumble? They’ll have a lot to prove tonight.

Meanwhile, another excellent heel is looking to establish dominance over an entirely different division. Evil Neville is putting some much needed fire in the purple section of the program, and at this point it seems like it’s only a matter of time before he’s the new 205-pound champion.

In a far less dastardly attempt to conquer a championship, Bayley is still after the Raw Women’s Title. Screwed out of a title opportunity by sexy cosplayer–I mean referee, Dana Brooke, she lost her opportunity at a #1 contendership against Charlotte. What means will Bayley have to go through for the chance at the title? We’ll find out tonight. If Bayley’s to have any hope of winning the gold, though, that match better take place on Raw.

Monday Night Raw broadcasts live on the USA Network at 8PM Eastern/7PM Central from the Amalie Arena in Tampa, FL. We’ll have live coverage as always, so stick with us here, on Facebook, and Twitter for all the latest as it happens! 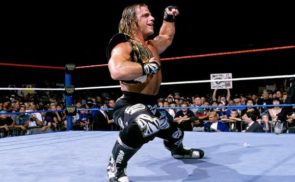 Update On Shawn Michaels Appearing At the Royal Rumble 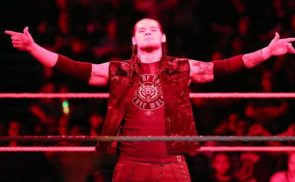