This Rumble suddenly rocks. We’re less than four weeks away from “Royal Rumble 2017” and that means it’s time to find out who is going to be in the big battle royal. As previously announced, Goldberg and Brock Lesnar are confirmed for the match, leaving twenty seven names left to be added to the field. As of “Monday Night Raw” however, three of those names have been taken.

During their speech about their New Year’s resolutions, New Day announced that all three members will be entered into the Royal Rumble.

While Big E and Xavier Woods haven’t had the best of luck, Kofi Kingston has turned the Royal Rumble into an annual tradition as he finds new ways to save himself from elimination every year.

This includes landing on the announcers’ table and hopping his way back to the ring, running the barricade, or walking on his hands to prevent his feet from hitting the floor.

I’m cool with this as New Day has no need to ever go after the Tag Team Titles again, leaving them with nothing more than singles runs to try now. It’s fine if they stay together while trying to wrestle on their own but setting them up for the Royal Rumble is a good way to start them out.

Do you like the idea of New Day having singles runs? Which do you think has the best potential as a singles wrestler? Let us know in the comments below.

Stick with us for further Raw coverage throughout the night, through our live blog, Twitter, and Facebook! 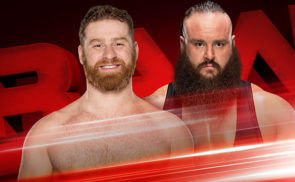 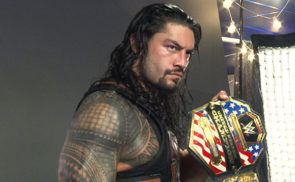