Broken Matt Has Peaked, and It’s All Downhill From Here

Last night, TNA aired “Total Nonstop Deletion”, a special episode of “Impact Wrestling” airing from the Hardy Compound in Cameron, North Carolina. The big attraction here was Tag Team Apocalypto, an open invitation tag team elimination match for the TNA Tag Team Titles. For months leading up to the show, the big draw was teasing who might show up. Matt Hardy mentioned the Young Bucks, New Day and the Wyatt Family among others. It was clear that this was going to be a huge deal. So what did we get?

The Ugly Ducklings and the Bruiserweights are local teams whose members were never mentioned. They came into the match and were destroyed by Decay in less than a minute each. If you take them out, the match was a seven teem elimination match for the Tag Team Titles. That sounds good on paper but let’s break this down a little bit more.

The Hardys, the Decay and the Helms Dynasty were all announced in advance. The DCC was a joke entrant as several unnamed members of the team appeared. One of them took off his mask and James Storm, the team’s leader, didn’t recognize him. That one was pinned, eliminating the whole team about a minute after they appeared.

Rockstar Spud and Swoggle were an unannounced team and, you guessed it, they were another joke. See they’re both small and that makes for something interesting. Swoggle wound up turning on his partner and cost them an elimination. Then you have the Rock N Roll Express, who were kind of a surprise if you didn’t check TNA’s YouTube page, where their arrival was shown. Finally you have the Bravado Brothers, a perfectly acceptable indy team who were an actual surprise. Nothing all that interesting mind you, but a surprise.

That’s it. That’s the list. The entire thing consisted of one genuine surprise, three teams announced in advance, two teams of jobbers and some joke entrants. No Young Bucks, no Briscoe Brothers and no major outside names. That’s the best TNA can put together and that tells you a lot about where they are right now.

Let’s get something out of the way: WWE talents were never going to show up. New Day and the Wyatt Family being mentioned was nothing more than a way to hype up the match and WWE had nothing to gain from allowing them to appear. I’m not going to blame TNA for not being able to get two of the biggest tag teams in the world as it’s just not going to happen no matter what.

What I can hold them accountable for is having so little otherwise. This suggests to me that TNA really is in bad shape. It’s either they don’t have the money to bring in any bigger names, no one wants to lower themselves to work with TNA or a combination of both. The Young Bucks will work for almost anyone but TNA couldn’t even get them for a cameo? Like, not even something edited in later? If TNA couldn’t deliver on them, don’t hype them up for so many months in advance.

This showed so many of TNA’s problems in one night. Aside from being such a huge present to the Hardys (who defeated almost the entire division in one night), they barely delivered on any of their promises. You may remember Jeremy Borash suggesting that “a dozen teams will break contracts to participate in this match”. Not only did a dozen teams not break their contracts but a dozen teams didn’t even get involved in the match at all.

The show was entertaining and definitely kept my attention but it was also a huge disappointment. Maybe I was just stupid for buying into the hype but what was delivered last night didn’t live up to my expectations. After being told that we would see dozens of teams (clearly an exaggeration), we barely got half a dozen, assuming you count the jobbers who were never named. Last night should have been a lot bigger than it was, or at least not treated as such a monumental deal. If TNA can’t deliver on what they promise, they shouldn’t make such promises. It’s made them look bad before and they just did it again. 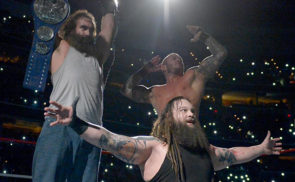 Meet the Future #1 Contenders for the Wyatts’ Tag Team Championship 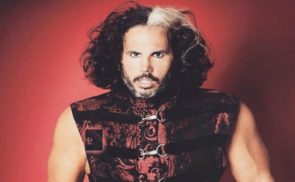 5 Vets WWE Needs to Bring Back to the Main Roster