History has been made! There are a lot of championships in wrestling today and that isn’t surprising. With so many wrestlers on so many shows, you need something to catch their attention. That is where a title can come in, but you also need a bit of a twist to make things more interesting. NXT UK has done just that and now one of their titles has changed hands.

Tyler Bate defeated A-Kid this week on NXT UK to become the new Heritage Cup Champion. Bate won the match one fall to zero in a bonus sixth round after the first five ended with no falls. The win makes Bate the second holder of the cup after A-Kid won a tournament to become the inaugural champion in November. The match was the third between the two in NXT UK, with both of them winning a match each.

It was a big show. Check out how it went down and the fallout: 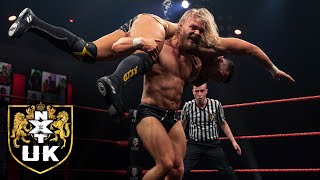 Opinion: They didn’t have much of a choice on this one as the match had been built up for a long time now and A-Kid had a long title reign. What matters here is boosting things up in NXT UK and Bate is one of the biggest names in the history of the show. It makes all the sense in the world to go with him and I am kind of surprised that it took this long to get another title on him.

The other positive side to this is the title having such unique rules. Just having a title with the same rules as everything else is not the most interesting thing so switching it up and tying it into the old British rounds system is not a bad idea. Bate can wrestle that style rather well too so hopefully this leads to some excellent matches, as we have seen out of both the title and Bate before.

What do you think of the move? How long will Bate hold the title? Let us know in the comments below. 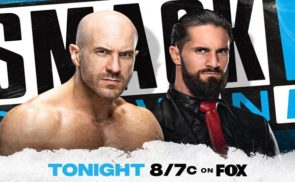