Well it could have been a lot worse. Injuries are the kind of thing that hit every wrestler at one point or another. No matter how long you wrestle, there are going to be times in your career when you get injured and have to spend some time on the shelf. There are cases that are a lot worse than others and you never can tell how bad an injury is going to be. Next to the injury itself, the worst part can be finding out how long someone is going to be out of action. In this case, it might not be as bad as it seems.

According to PWInsider.com, Sasha Banks is already scheduled to be back in the ring after her recent injury. Banks suffered a tailbone injury during her match against Becky Lynch inside Hell In A Cell and missed the scheduled rematch against Lynch eight days later on Monday Night Raw. However, Banks will be back on television on this week’s SmackDown, though it is not known if she will be having a match. Banks is also advertised for this weekend’s house shows in New Jersey and New York.

Banks has done the return thing recently. Check out her return to WWE earlier this year: 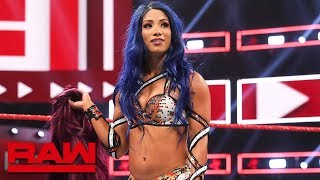 Opinion: Banks is a very talented performer but she seems to be a little injury prone. She has been hurt a few times now and this is the latest on her fairly long list of reasons to be out of the ring. Thankfully this wasn’t the longest time on the shelf in the world but how bad will her next stint on the injury list be? The better question might be when does it take place, as it seems to be all but a guarantee that she will be injured again. Banks has a lot to offer, but these injuries are taking a lot of it away.

What do you think of Banks? When will she be Women’s Champion again? Let us know in the comments below. 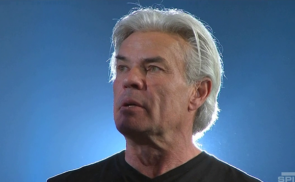