That’s a good reason. Wrestling is a dangerous sport as it is about as physical of a contact sport as you can get. No matter what a wrestler does, there is going to be a chance that someone gets hurt. There are ways to lower the risk though, especially for wrestlers who use a certain style. Now a high profile star is explaining why he toned down the way he worked in the ring.

During an interview with Metro, WWE’s Seth Rollins revealed that he has shifted to a safer in-ring style due to the birth of his daughter. Rollins said that his daughter has stayed in his mind because he wants to be healthy enough to do things with her as she grows up. Rollins and his wife Becky Lynch gave birth to their daughter Roux in December 2020. He is currently scheduled to face Riddle at Clash At The Castle on September 3.

Opinion: That is a rather sweet thing to hear and as a father I can understand what he means. Rollins has wrestled a rather fast and hard hitting style over the years and it does make sense to want him to slow things down a bit. If nothing else it might make things a bit better for him as he has done the same things over and over for so long that changing it up a bit is not the worst sounding idea. If his health stays strong as a result, that’s even better.

What do you think of Rollins? What would you like to see him do in WWE? Let us know in the comments below. 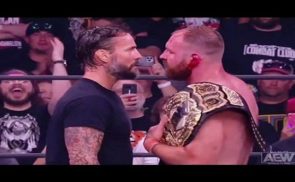