That could have been huge. There are certain rivalries in WWE history that are among the most famous in wrestling history. Every now and then you see people get together who have natural chemistry and it can be great to see. Those rivalries might not be active every day, but the magic is still there every time the people get together again. That was almost the case again with an all time rivalry.

WWE Hall of Famer Road Dogg appeared on Busted Open Radio and spoke about Triple H vs. Sting at WrestleMania 31. According to Dogg, the original plan called for Triple H to face the Rock the following year at WrestleMania 32, meaning Triple H had to stay strong by beating Sting. Then the Rock vs. Triple H match fell through a few months after WrestleMania 31, leaving WWE seeming to have put the wrong person over. The Rock did wrestle at WrestleMania 32, defeating Erick Rowan in an impromptu six second match.

Opinion: That does clarify a few things, but I’m not entirely sure I buy the idea that Triple H vs. the Rock would have been hurt in any way if he had lost to Sting a year earlier. Triple H has long reached legendary status and anything the Rock does is going to be a huge deal. There was little need for Triple H to win and it felt like the wrong decision at the time. This explains a bit, but I don’t think it explains enough.

What do you think of the explanation? Will The Rock ever wrestle again? Let us know in the comments below. 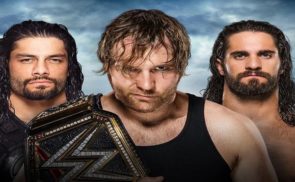 REVIEW: Battleground 2016: That Owens vs. Zayn Match (And The Shield Fight) 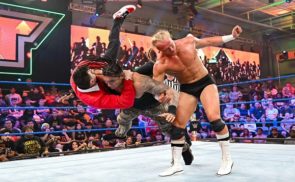