That could be a problem. Over the last few years, AEW has risen up to become the second biggest wrestling company in the United States and possibly the world. The company has been built up on the strength of their roster, with a series of wrestlers who are incredibly talented. Some of those stars are valuable to other promotions and that might become a problem after some recent issues.

According to Fightful Select, a “notable” member of the AEW roster currently under contract has notified AEW that WWE has talked to them about jumping to the other company. The unknown wrestler has made it clear to AEW that he is happy with the current situation. A member of WWE’s talent relations team is said to have made the initial contact, with the wrestler referring the call to their agent. It is not clear if WWE will be facing any possible contract tampering issues.

Opinion: This is the kind of thing that has caused some issues for WWE before, but the question here would be how much they knew about the contract status. If the wrestler’s status was unknown then WWE very well could be ok, but this might not have been the best idea. Hopefully no one gets in serious trouble from it, as another lawsuit doesn’t sound like the greatest thing for WWE. 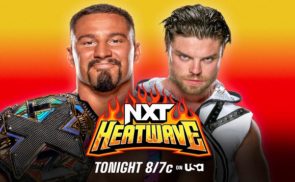