We are past Clash Of Champions and the pretty amazing moment between Roman Reigns and Jey Uso in the main event. Reigns wants to be acknowledged as the Tribal Chief of the Anoa’i Family and beat his family to get what he wanted. Even Paul Heyman seems scared of what he has done and now we will get to see where things are going. Let’s get to it.

We open with a recap of Reigns destroying Jey until Jimmy Uso came down to throw in the towel.

Here are Heyman and Reigns for Reigns to be officially crowned Tribal Chief. Heyman, sounding shaken, says it’s time for the crowning, but Reigns says he wants to hear Jey Uso acknowledge him. Cue Jey to say he doesn’t know Reigns, who showed his true colors on Sunday. Jey did as well though, because Reigns beat him up. Reigns won’t break his spirit though, and if Jimmy didn’t throw in the towel, Jey would be champion.

Reigns says if Jey wasn’t proud of what he did, Clash was the worst night of his career, both professionally and personally. That’s not what he wanted to do going into that match because he was trying to help Jey. All he wanted to do was put his name in the main event for once. He loves Jey more than Jimmy does and all Jey had to do was acknowledge him as the Tribal Chief.

All he wanted was to represent the family to the fullest, but Jey disrespected him. Jey broke his heart and even now, Jey can’t look him in his eyes. If Jey wants another shot, sure he can have it. We’ll do it at Hell In A Cell, but it will have the highest stakes in WWE history. Reigns hugs him and whispers something in his ear that the microphone doesn’t entirely pick up and walks off with Heyman.

Jey cuts him off though and says whatever the stakes are, Reigns is on. Cole implies that the match is going to be inside the Cell but neither Jey nor Reigns said that. With Reigns and Heyman gone, here is AJ Styles to say it doesn’t matter who gets the most chicken bones at the end of the table. AJ says Jimmy is the better athlete anyway and Jey is just the runt. Jey knocks him outside and hits a dive off the announcers’ table.

AJ starts with the trash talk (in the loudly mic’d up ring) but gets kicked down. A headbutt to the chest connects but AJ avoids a charge in the corner. Some kicks to the back and chest set up the jumping knee to Uso for an early two. Uso gets catapulted throat first into the bottom rope but he’s fine enough to counter the Styles Clash. AJ gets sent outside again but he’s fine enough to cut off a dive with a kick to the head. There’s a suplex to put Jey onto the announcers’ table and we take a break.

Back with Jey fighting out of a chinlock and grabbing a neckbreaker for two. The superkick is cut off though and AJ grabs the fireman’s carry backbreaker for his own two. Uso kicks him to the floor and hits the big dive but the Superfly Splash hits knees. Jey breaks up the Phenomenal Forearm though and hits a low superkick to set up the Superfly Splash for the upset pin at 10:46.

We look at Sami Zayn winning the ladder match.

Sami as both Intercontinental Titles and says he knows people are expecting him to gloat. Tonight is a whirlwind of emotions though and at the top of that list is resentment and anger. Initially his anger was against the fans because no one said a word when he was stripped of the titles. When AJ won the fraudulent title the fans cheered and then they just accepted it when he lost it to Jeff Hardy. As the only one around here with any principles, Sami throws the new title in the trash.

We recap Miz and Morrison trying to get Otis to hand over the Money in the Bank briefcase.

Next week: Otis defends himself in court. Oh sweet goodness.

Otis slugs him down to start and runs him over with a clothesline for a bonus. A pop up faceplant drops Morrison again and Otis throws him down with a suplex. The Caterpillar into the Vader Bomb finishes Morrison at 1:39.

Big E. says that with the Draft looming, he wants to face Sheamus in a Falls Count Anywhere match next week.

Shorty sends him into the post and gets two off a German suplex to start. The moonsault misses though and the Brogue Kick drops Shorty. Another finishes him at 53 seconds.

Here’s Raw’s Kevin Owens (in a Street Profits shirt) for the Kevin Owens Show. Since this might be his new home after the Draft, he thought he should get used to this place so he’s here to talk to Alexa Bliss. Owens talks about how he has seen this change in Bliss’ attitude and anger, which reminds him of what he sees in Aleister Black. Bliss doesn’t know what he means and asks about Owens changing as well.

Owens says this is about her changing and asks to understand about the darkness taking over her. In a rather out there voice, Bliss talks about being in his (the Fiend’s) presence and how you feel like you’re on pins and needles. When he looks at you, it’s like you can’t look away. Owens would not know what that is like though, as Owens says we’re not talking about Black anymore. He says it’s like Bliss is brainwashed, and she says that’s true.

All of the lies have been washed away and she has been cleansed by him. Owens: “He’s here isn’t he?” Bliss: “He’s everywhere. I can hear him now. Let him in.” The lights go out and here’s the Fiend for the Mandible Claw to Owens as Bliss looks on. Fiend reaches his hand out to Bliss, who slowly takes it.

Before the match, Riddle talks about how this might be his last chance to team with his Lucha Bros. Kalisto isn’t there, though the rest of the House Party doesn’t seem to mind. Nakamura strikes away at Dorado to start but gets caught with a dropkick. Cue Kalisto though and we take a break. Back with Metalik being stomped down in the corner and Cesaro coming in for the delayed suplex.

Nakamura grabs a front facelock but Metalik hits a tornado DDT, allowing the hot tag to Riddle to forearm away at Corbin. There’s a t-bone suplex to Corbin into the Broton. The running kick to the chest gets two with Nakamura making the save. The Golden Rewind hits Nakamura but Cesaro comes in to uppercut Riddle for two. Metalik nails the big running flip dive to Cesaro but Kalisto kicks Dorado in the head by mistake. Riddle is right back up with a Final Flash to Cesaro, setting up the Bro Derek for the pin at 6:43.

Long recap on the fallout from Bayley attacking Sasha Banks.

The mystery woman is Carmella, who says she danced around forever and it didn’t get her anywhere. Now she is the princess and untouchable, unless she doesn’t want to be.

Here’s Sasha Banks for a chat. Banks talks about how she thought Bayley would have grown a backbone over the years but that hasn’t happened. Next week, it’s Bayley vs. Banks for the Women’s Title and Bayley knows what happens when there is no one there to save her. The neck brace comes off and Banks says Bayley doesn’t stand a chance, b****.

Next week: the Draft, Bayley vs. Banks for the title, Sheamus vs. Big E. in a falls count anywhere match and Owens vs. Fiend.

Sami is defending and has taped up ribs. Jeff gets knocked into the corner to start and Sami stomps away, only to have Jeff get in a kick tot he ribs. The turnbuckle pad got ripped off somewhere in there but Jeff avoids being sent into the steel. There’s a backdrop to Sami to send him outside and a baseball slide sends him into the announcers’ table. Jeff misses Poetry In Motion against the barricade though and we take a break.

Back with Sami putting on a chinlock and shouting about Jeff’s title reign being a fraud. Sami heads to the middle rope for an elbow to the back of the head for two as frustration is starting to set in. With Sami going up again, Jeff follows him up and grabs a top rope superplex for the double knockdown. The Twist of Fate is countered into a backslide for two and the Blue Thunder Bomb is countered into a sunset flip for a near fall.

Sami suplexes him into the corner and now the Blue Thunder Bomb connects for two. Jeff knocks him down again but the Swanton hits knees (with one possibly hitting Jeff in the head). The Helluva Kick misses and Jeff loads up the Whisper in the Wind but Sami pulls him down, sending Jeff face first into the exposed steel for the pin at 14:11. 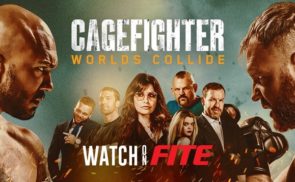