She really is a big deal. Women have come a very long way in WWE over the last few years. The Women’s Revolution has changed the way the wrestling world works and that is not likely to be changing back anytime soon, if ever. One of the bigger running discussions is about who started the whole thing, and while that is up for debate, there is one woman in WWE who is more powerful than all of the others.

Despite not being the most popular name among some fans, there is no denying that Stephanie McMahon is one of the most important people in all of wrestling. She has been an on-screen WWE persona for over twenty years and has held a variety of backstage roles over the years. That includes some major high profile jobs as well, one of which has gotten her some recognition.

Forbes has released its annual list of the most influential Chief Marketing Officers for 2020, with McMahon making the list at #2, with only Phil Schiller of Apple placing higher. She placed ahead of officers from companies such as Facebook, Netflix, Microsoft and Google. McMahon has only made sporadic appearances on WWE TV in recent years, with her most recent appearance being a taped announcement on the August 7 Monday Night raw.

McMahon is a pretty big deal. Check out some of her WWE moments:

Opinion: I’m not entirely surprised that McMahon made a list like this as WWE certainly knows a thing or two about marketing itself. There is something about the way WWE knows how to build itself up to its core audience and McMahon is at the top of the department for the company. It helps that she knows how to present herself and what she is talking about well so this is not exactly the biggest surprise.

What do you think of McMahon? Should she be back in WWE again? Let us know in the comments below. 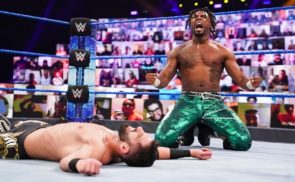