See woo later? There are legends in wrestling and then there is Ric Flair, who is one of the biggest names in the history of the sport. While there have been all kinds of people who have come and gone over the years, Flair is one of the most accomplished as well as celebrated names in wrestling history. That will never change, but Flair’s status may be changing in the near future.

Over the last few months, Flair has been serving as Randy Orton’s manager. Flair has endorsed Orton as the Greatest Wrestler of All Time, which has been quite the honor for Orton. The two have worked well enough, but Orton is on such a roll at this point that he would still be a top star whether Flair was there or not. However, things might be changing for the two of them rather soon.

According to Wrestlingnews.co, Flair’s time with WWE will be wrapping up soon. Flair was brought in for the sake of boosting Monday Night Raw’s ratings and audience by bringing in as much star power as possible. At the same time, Flair’s age and health issues are causing problems at Monday Night Raw as Flair has to be treated carefully. Flair’s time with Orton was always seen as a short term situation, which Flair knew in the first place.

Flair and Orton have worked well together. Check out some of their recent run:

Opinion: This isn’t exactly surprising and probably should be the way things are going. Flair is someone who can give a wrestler a rub, but Orton is as much of an active legend as WWE has these days. He doesn’t exactly need Flair out there to help him, but it was nice to see them together again for a bit. Orton will be fine without him, though I’m not sure when we will be seeing Flair again.

What do you think of Flair and Orton together? What is next for Orton? Let us know in the comments below. 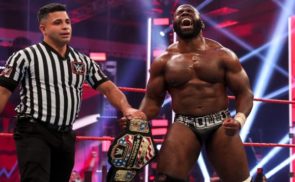 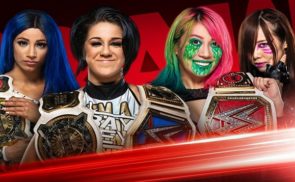