It had been previously reported that Apollo Crews did not compete at last night’s Extreme Rules pay-per-view, where he was scheduled to defend the United States Championship against MVP. MVP declared himself the winner by forfeit and awarded himself his new United States championship belt.

According to this morning’s episode of Wrestling Observer Radio, Dave Meltzer reports that Apollo’s absence was due to issues related to COVID-19. He will apparently need to be re-examined again before tonight’s episode of RAW.

During the broadcast, Tom Phillips said that while Crews was at the Performance Center earlier in the day, he did not pass his pre-match physical. It was also said that Crews has a bulging disc in his back, from the recent Full Nelson attack by Bobby Lashley.

Check out MVP’s reaction to Crews missing the event:

I hope that nothing is wrong with Crews and that he is feeling fine. COVID-19 has been something that all of us have had to deal with in some shape or form, and I hope that he makes a full recovery very soon! 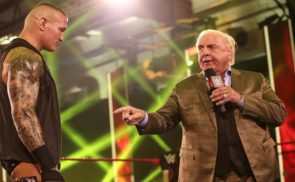