RUMOR: Who Was Behind Ali’s WWE Return

He has a fan. With so many people in WWE, it can be easy to see someone get lost in the shuffle. For one reason or another, someone just might not get the chance to be featured on television and it can be rather annoying seeing them stuck on the bench. There are only a few ways out of such a situation, with one of them being a good word from someone behind the scenes. That might have been someone’s saving grace this week.

This week’s edition of Monday Night Raw included a six man tag, featuring the Hurt Business taking on Cedric Alexander, Ricochet and a mystery partner. That partner wound up being the returning Mustafa Ali, who was wrestling in his first televised match since December 2019. That is a heck of a long layoff for someone so talented, but it was great to see Ali back. So what changed to get Ali back on television?

According to Tom Colohue on the Dropkick DiSKussion podcast, MVP had a hand in getting Ali back on television, as well as getting Ali the pinfall in the match. MVP is said to have a strong voice backstage and is trying to help get people over. There is no word on what is next for Ali, or if he, Ricochet and Alexander will continue their feud against the Hurt Business.

It’s nice to have him back. Check out the full podcast plus Ali’s return:

Opinion: MVP helping to get Ali back on television and then putting him over is a great thing to see as Ali is such a talented performer. He has so much energy when he’s in the ring and I have missed seeing him out there. It’s a shame that he was gone for so many months and hopefully now he can have a long push without being put on the shelf for no apparent reason again.

What did you think of Ali’s return? How far can he go on Monday Night Raw? Let us know in the comments below. 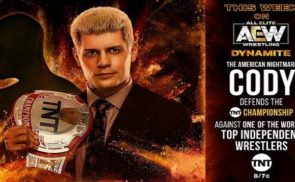 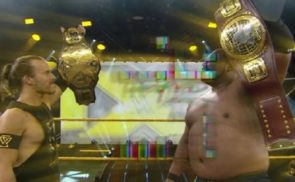