To say that Charlotte Flair and Sasha Banks had an incredible rivalry throughout 2016 would be a huge understatement. And that was definitely the case at the “biggest party of the summer.”

WWE has posted a new video to its YouTube channel, which shows the full match between the two rivals at Summerslam in 2016. It was an outstanding match, in which The Queen won the Raw Women’s Championship from The Boss.

Evading Natural Selection, Sasha nearly put Charlotte away with an excruciating Bank Statement that pushed the challenger to the point of desperation. Charlotte finally connected with Natural Selection moments later for a two-count.

Frustration mounting, Charlotte sought to humiliate the champion with more slaps across the face, and it was this brazen show of disrespect that spurred Sasha to trap her opponent in a match-ending Bank Statement. Unfortunately, Charlotte was able to reverse the maneuver into a pinning predicament that forced Sasha’s shoulders to the canvas. Three seconds later, Charlotte became WWE Women’s Champion a second time.

This, to me, was THE rivalry of 2016. Both of these women brought their division to new heights, and were able to accomplish things that no other women in history had up until that point! 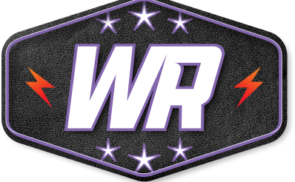 Humor: The Fingerpoke Of Doom