They would know best. One of the constant criticisms that fans have of WWE is the poor creative ideas. While a lot of this is due to Vince McMahon having the final say, there are a lot of ideas being sent to him by a lot of people who have very little hands on history in the wrestling business. However, there are now going to be some fresh ideas coming in from sources who know what it is like to be inside a ring.

There are some people in wrestling who feel like lifers. Whether it is in WWE or working in a smaller promotion, it feels impossible to imagine them not being involved in wrestling in one way or another. That is not the worst place to be, but at the same time, there are some people who seem to get into the business, do what they want, and then get out. This time around, the two sides are coming together to help now.

According to the Wrestling Observer Newsletter, both Edge and Daniel Bryan are now part of the respective Monday Night Raw and SmackDown creative teams. The two of them are said to have significant creative influence, though it is not clear if this extends beyond their own characters. Edge is currently on the shelf with a torn tricep while Bryan out of action due to Coronavirus concerns.

The two of them know a thing or two about this stuff. Check out some of their career highlights:

Opinion: That’s not a bad pair to add to the lineup as there are so many people on the team who don’t have wrestling experience. It is one thing to let the non-wrestlers have some influence, but wouldn’t it make sense to have some former wrestlers included in the whole mix as well? WWE certainly seems to think so and it’s not like things can get much worse at the moment anyway.

Do you like this idea? Who else would be a good addition to the team? Let us know in the comments below. 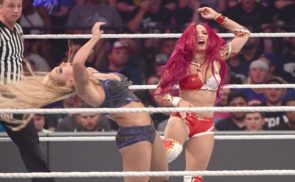