It didn’t make the cut. There are a lot of people on the WWE roster and some of them are going to get more screen time than others. With so many people being all but guaranteed to make television in a given week, other wrestlers have to do their best to make it onto the show. It doesn’t help when the bosses have something planned but wind up cutting the segment, which is what happened this week.

The WWE women’s divisions have come a long way in the last few years. The Women’s Revolution brought in anew era of top stars, but now the division is starting to expand with some more names starting to come up through the ranks. There is more of a division than there was before and that makes things more exciting. However, one name had some TV time cut this week.

According to Sportskeeda.com, Liv Morgan was scheduled for a vignette on this week’s Monday Night Raw but the segment never aired. The decision to pull the segment was that of Vince McMahon, who changed several pieces of this week’s show in an effort to shake up the show’s creative direction. Morgan is said to have been a project of Paul Heyman, who was fired as Executive Director of Monday Night Raw this week.

Morgan has come a long way in a short time. Check out some of her recent moments:

Opinion: I have a feeling this is going to be one of many moving pieces about both Monday Night Raw and SmackDown in the near future. That might not be the best thing, as McMahon has a certain type of wrestler that he likes to push. If we don’t like them, we are going to be in for a rather difficult period for both television shows because this direction seems to be for one person and one person only.

What do you think of Morgan? Will she get a chance in WWE? Let us know in the comments below. 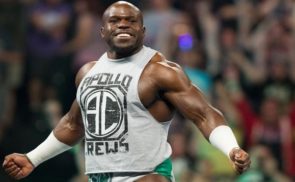 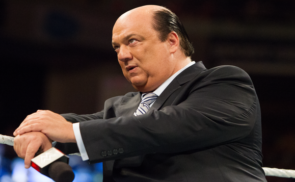