I’m surprised it took this long. If there is one constant in WWE, it is that nothing ever stays the same. WWE seems to love changing things up, often just for the sake of not having them stay the same for too long. This ranges from the top of the card all the way to the executives at the top. Given how things have been going as of late, a big shakeup isn’t that surprising.

Last year, WWE introduced Paul Heyman and Eric Bischoff as the Executive Directors of Monday Night Raw and SmackDown respectively. Bischoff only lasted a few months in the job, eventually being replaced by Bruce Prichard. Heyman on the other hand had some more success and focused on building younger talent. That influence has come to an end though and not in a good way.

WWE has announced, via 411mania.com, that they are consolidating the creative staffs for Monday Night Raw and SmackDown into one, with Prichard in charge of the team and Heyman focusing on his in-ring performances. According to PWInsider.com, this is due to Vince McMahon not being happy with the ratings and viewership drops on the show, as Monday Night Raw has seen a 20% loss in viewership since the Coronavirus pandemic began. There is no word on when Heyman will next appear on WWE TV.

Heyman is a heck of a performer. Check out what he can do on camera:

Opinion: I’m not sure how well I see this going, but I can’t say I’m surprised in the slightest. The ratings and audience for Monday Night Raw have dropped considerably over the last few months (though to be fair that has been the case for years now) and Heyman is in charge. Someone was going to be blamed for all of this and if one of McMahon’s all time favorite employees can get the top spot, it isn’t much of a surprise. I’m not saying it’s a good or bad thing, but just that I’m not surprised one way or another.

What do you think of the move? Will this help the situation? Let us know in the comments below. 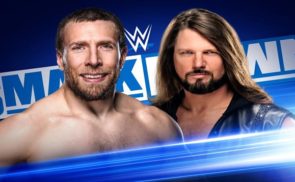