It’s time for one of the biggest events of the year and that is a great thing to see. While it is going to be weird to see the Royal Rumble with no fans in attendance, it should be interesting to see how they put things forward. This is a year where the matches are kind of wide open and that is a nice feeling to have. It’s cool to see where WWE is going to go for Wrestlemania and we will learn a lot more about this by the end of the show. Let’s get to it.

This is one of the more fascinating stories in WWE at the moment and while that is the case for several reasons, the most impressive is that despite Owens not having any real chance of winning, you could believe that there is at least a chance of him pulling it off. Owens has more than lived up to the hype but he is facing a monster in Reigns. I think I know how the result is going to go, but I want to see how they get there and that is a great feeling.

I’ll take Reigns to win in what should be the obvious ending, but at least they should be having a heck of a match on the way there. I want to see how they manage to have Reigns keep Owens down and while I could see it involving the return of Jimmy Uso or someone in Owens’ family being threatened, it could be a heck of a way to make something work. Despite it being the end of the feud, I want to see where it goes and that’s how things are supposed to be.

I don’t remember the last time I saw a title reign this worthless and there is no reason to keep the titles on Charlotte and Asuka. They don’t act like a team, they don’t talk like a team and there is no need for them to be a team. They were thrown together and given the titles because Charlotte needed another title and that isn’t enough of a reason for the title reign to continue.

That being said, I’m only hoping that Jax and Baszler get the belts back here, as you never can tell with WWE when it comes to Charlotte and titles. Both Charlotte and Asuka have seemed to move on, but I’m almost scared to see how WWE might get the titles off of them. This is not something I’m looking forward to seeing and hopefully they keep it short while getting Charlotte and Asuka far away from the titles, as they always should have been.

Now this one has me confused and that’s a good thing….I think. We’ve already seen this match a few times and Carmella’s assistant is the one who is getting the most attention. Banks is still relatively early in her title reign (at least compared to what Bayley did with the title) so it would be a little strange to see her drop the title. That being said, this is the third title match between the two of them and I’m not sure I can see Carmella losing again.

I’ll take Banks retaining here, but I’m a lot less sure about it than I probably should be. Banks is someone who feels like the top star of the division while Carmella feels like the challenger of the month to keep Banks busy until we get to someone serious (like Bianca Belair). This should be Banks, but I kind of like the fact that I’m not sure how accurate that is.

I have no idea who is winning this. There are currently thirteen entrants announced and there are at least three people out of those thirteen who could win the thing. That’s not even including some of the more marginal names who very well could pull it off. There are a few people who stand out above the rest, but narrowing that down is one of the trickiest things to pull off.

I’m likely to be wrong but I’ll take Bianca Belair here. The Smackdown women’s division needs some fresh blood and she will do as well as anyone else at the moment. The Raw side is a lot more complicated as you have a host of people capable of challenging Charlotte, but it would seem like Alexa Bliss is the right choice at the moment. However, she doesn’t feel like the right choice to win the Rumble and then wait two and a half months to get the title shot. Bliss winning the title on Raw or at the Elimination Chamber and then dropping it to someone (say a certain Rhea Ripley) at Wrestlemania makes more sense, but Belair wins here.

There are twenty one entrants for this match and the betting favorite seems to be Daniel Bryan. That would certainly make the most sense, but I’m not sure if it is going to be that easy. If nothing else, it would make sense to have someone on Raw pick up the win to immediately set them up against Drew McIntyre, who doesn’t exactly have a clear opponent at Wrestlemania. That leaves you with a ton of options, and that makes things interesting.

But yeah I’ll take Bryan to win. As much as I think there might be someone else who makes sense, I’m not sure I can figure out who that other person is. Bryan winning is a perfectly safe bet and setting him up to face Reigns at Wrestlemania is one of the easiest ideas that WWE could use. This very well may be someone else, but I’ll take Bryan out of the announced field.

And we have this to wrap things up, as WWE has to scare us with the idea of Goldberg winning another World Title. McIntyre has already held the title for a long time and might be ready to move down just a hair, but my goodness not Goldberg again. I grew up in his heyday and I cannot bring myself to care about another reign out of him. WWE certainly thinks a lot of him though and that puts us in this dangerous situation.

I’m going to hold onto some hope here and say McIntyre wins as I hope WWE comes to their senses. There is little to no reason for Goldberg to get the title but that has never stopped them before. Please just go with what makes sense and let McIntyre have a big title match at Wrestlemania in front of thousands of fans like he deserves. Goldberg has a place in modern WWE, but it isn’t winning the WWE Title in the main event of the Royal Rumble.

I know it might not be the biggest and most best built show, but there is something special about the Royal Rumble. If nothing else, it is great to see who might be brought into the matches because WWE can get in some nice surprises. The Royal Rumble is a good show most of the time and if nothing else it is going to be an awesome to hear that buzzer all over again. Now just please don’t screw it up. 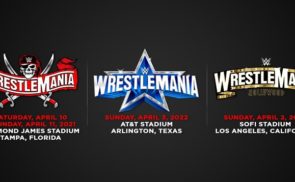 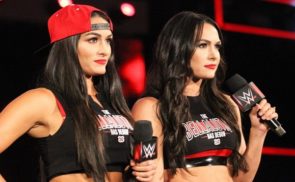