It’s finally time to take a look at Rush. Yeah you know, the World Champion? Somehow it took us almost nine weeks but we’re finally looking at the biggest star in the company. Rush has a charisma that you can’t manufacture and it should be good to see what he’s done around here. Let’s get to it.

Rush talks about what a big deal it was to come to Ring of Honor and make a big impression. His family supported him and eventually he won the World Title.

From Death Before Dishonor 2019.

Taven is defending but Rush one ups him in a white suit. They slug it out at the bell with both of them hitting some hard kicks to the head. It’s already time to go outside with Rush being sent into the barricade and then the timekeeper’s table. A backdrop puts Taven down on the ramp and there’s a whip to even the count of trips into the barricade.

Rush looks over at his family in the front row but gets suplexed over the top and back to the floor for a nasty crash. Taven hits ANOTHER suicide dive and the Flight of the Conqueror to really rock Rush. Back in and some strikes to the head give Taven two, followed by a DDT for the same. Rush fights back and pulls off a piece of the barricade to toss into Taven’s….well everything really.

Some fish hooking ensues as Taven is in some sudden trouble. Rush slams him onto the timekeeper’s table, freaking Coleman out in a bad way. Back in and Rush hammers away, setting up Tranquilo to really pop the crowd. A missile dropkick connects, only to have Taven avoid the Swanton.

Rush is fine enough to hit something like a Jay Driller for two but Taven grabs the Climax for two of his own. A German suplex sends Taven into the corner but he’s up with a spear to cut off the Bull’s Horns. Three straight running knees to the head rock Rush so Taven goes up, only to get caught in the Tree of Woe. A pair of Bulls’ Horns gives us a new champion at 16:14.

Taven eventually shakes his hand and Rush celebrates with his dad and Dragon Lee (brother) to end the show.

Jeff Cobb was ready to challenge for the title.

Cobb is challenging and they slug it out to start with Rush getting the better of it and forearming Cobb out to the floor. That lets Rush chill in the ring while Cobb tells him to bring it outside. Some swearing brings the champ to the floor to keep up the slugout, with Cobb grabbing a German suplex. Cobb slides back in and strikes Rush’s pose before heading outside again for a whip into the barricade.

Back in and Cobb slowly stomps away and gets a rather lackluster two, with Colt Cabana calling him out for the lack of effort. Rush isn’t having any of that disrespect and slugs away to send Cobb outside. This time Cobb is sent into the barricade and we take a break. Back with Cobb still in trouble and Rush grabbing the chinlock. For some reason Rush tries a suplex, which you just don’t do to Cobb.

After Rush crashes hard from the suplex, he’s right back with a triangle choke on the rope to slow Cobb back down. Rush gets in his own pose and it’s time to slug it out again. A jumping knee staggers Cobb but he nails a superkick, only to get caught with the Canadian Destroyer. That’s still not enough to keep Cobb down as he pops up with a hard clothesline for the double knockdown. Back up and Cobb dropkicks him off the top, only to bring him back in with the deadlift superplex.

That’s good for two and we take another break. Back again with Rush superplexing him for two but Cobb is right back up to catch him on top a second time. Cobb gets knocked into the Tree of Woe and the Alberto double stomp gets two. Rush stomps away in the corner but the Bull’s Horns are cut off with a heck of a spear. Tour of the Islands is countered into a small package for two and Rush suplexes Cobb into the corner. Now the Bull’s Horns for two, followed by a second one to retain at 16:27.

We see Rush losing the title to PCO at Final Battle, forming La Faccion Ingobernable, and winning the title back.

Rush talks about how he’s training harder than ever and he’s ready to take out everyone, stronger than ever. 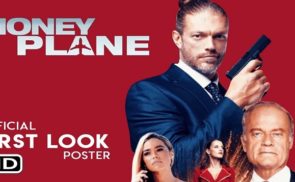 WWE May Have Quietly Stripped A Championship