Arn Anderson, one of the best wrestling minds of our time, is know for saying some version of “it says wrestling on the marquee.” Well kind of, as it tends to say WWE these days, but you get the point. As insane as things can get, it comes back to wrestling in the end, or at least it should, given the way the whole concept is supposed to go. That hasn’t been the case with some segments as of late though, and they are starting to become quite the annoying problem.

For those of you who don’t follow wrestling podcast drama, Jim Cornette and Chris Jericho have been going back and forth lately over AEW’s Stadium Stampede. The wild match took place in a football stadium and included a variety of gags and jokes, many of which involved football. As you might have expected, Cornette was not impressed and loathed everything about it while Jericho said it was the best thing he had ever done in wrestling.

I’m not sure where you are on the scale of reaction to the match (I liked it a lot, but there were times where it went too far into goofy for the sake of a gag) but the key to the whole thing was that ultimately, it was decided by a pinfall, as most wrestling matches are. It absolutely was not traditional and it’s almost impossible to compare it to a regular match, but at the end of the whole thing, it was a match. Granted a match with a heck of a lot of bells and whistles, but still a match. That’s what brings us to the actual subject of this week, and it’s not good.

Over the last four (yes FOUR) weeks, the Street Profits and the Viking Raiders have competed in a variety of sports challenges. This has included basketball (where the Vikings knee how it worked but pretended not to) to axe throwing (where the Vikings were awesome but didn’t know who Tiger Woods was) to golf (where the Vikings again had no idea what was going on) to bowling (where they were about even, depending on how the lighting was). Next week, they are scheduled to have a decathlon. These activities all have one thing in common: they aren’t wrestling and don’t resemble it in any way.

So this isn’t acceptable:

That’s where these segments have lost me and it’s not something that is getting any better: it’s not wrestling, but rather wrestlers doing other things. If I want to see that, I’ll watch Total Divas or Miz and Mrs. (the writing and acting is nearly on the same level), because there isn’t much of a point in watching these teams do their various activities. There is something of a point to it though, and it wouldn’t be fair to not at least look at it and try to give it a chance.

The idea of the segments are to prove that anything one team can do, the other can do better. That’s all well and good, but it’s omitting what started the whole thing: the Raiders beating the Street Profits in a non-title match on the April 27 Monday Night Raw. Now in theory, that should be the score the Profits want to settle, but I don’t think the match has actually been mentioned in the five weeks since the loss took place. It’s like it never existed, mainly because we need to play the same kind of games you might see on an outing a parent might take with his kinds when he doesn’t know anything about them.

Yes somehow in all this, the fact that the Profits are the Raw Tag Team Champions has been completely forgotten (kind of like their relationship with Bianca Belair, who hasn’t had a single thing to say about any of these shenanigans). I know that this is likely setting up a rematch for the titles, probably at Backlash (hopefully at Backlash as I don’t want to imagine how much longer they can stretch this out) but there was NOTHING ELSE they could have done to get us to that show?

You have two top level teams (by today’s standards at least) and the solution is to have the two of them do a bunch of nonsense like bowling and mini golf? Someone was actually paid money to come up with a bunch of ideas that make it as not about wrestling as possible. In kayfabe, what exactly are the Profits and Vikings being paid for right now? To not wrestle and take weeks off for these inane activities?

I don’t even think there is any kind of excuse for this, such as an injury or something similar, to happen. At least back in 2006/2007, when MVP (hey he’s back and I’m sure that has nothing to do with this insanity) and Matt Hardy did something very similar, it was due to a pair of injuries/medical conditions that prevented an actual match from taking place. That one went on for months and since WE MUST FINISH THE STORY, it got a lot more annoying than this one did.

Then there’s this stuff:

That is until you realize that it had an excuse and there was an actual need to stretch it out that long. Unless there is a detail that hasn’t been included, there is no such excuse here and it is literally just four wrestlers building to a wrestling match by doing everything BUT wrestling and ignoring that one recent time where they did actually wrestle. But they bowled so that’s close enough right?

I know the Stadium Stampede wasn’t for everyone (Cornette included) but at least it had some wrestling involved. There’s a big difference between having wrestlers wrestling while doing other stuff and wrestlers doing all kinds of things other than wrestling. That’s the kind of difference that you can’t really overcome and I can see why people would get really tired of this stuff in a hurry (I certainly have, no matter how much comedic chemistry these four guys have together).

The problem is that these segments are fine every now and then. You can have wrestlers go out into the real world and do something else (Kane and Daniel Bryan spring to mind) but there comes a point where it isn’t about character development (as Kane and Bryan were) but rather just about filling time because you don’t have any other good ideas. These segments aren’t building up character development or making me want to see a match. It comes off more as “it would be funny to see them bowling” or “and then they could golf”. What does that have to do with a wrestling show?

And then there was this gem:

These segments have a place and it’s on WWE.com or the Youtube page. Save the television time for something that might make me want to watch a pay per view or see these teams fight. Instead, all this is doing is making me wonder how stupid they can actually get. I’m sure a title match is coming at some point (though I’d be surprised if the non-title match is mentioned) and odds are it’s going to have callbacks to their various sports shenanigans included. What exactly is the appeal to that after spending over a month on everything but wrestling?

This is the kind of thing that makes WWE, and often Monday Night Raw in particular, so incredibly frustrating. Instead of something that might be useful in the long term, we’re stuck getting a bunch of segments that someone finds amusing (like, Vince McMahon for instance), all in the name of building to something else. There is nothing wrong with getting ready for a title match, but could they come up with something else? Have the teams compete to beat jobbers faster or see who can do the most moves in a five minute match. Just do something that involves wrestling, because that’s what the show is about. 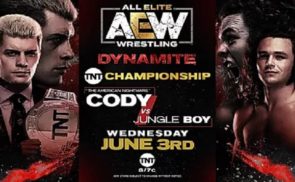 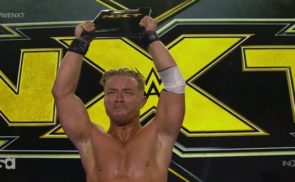