He would know. There are certainly a few people in wrestling who are known for specific things. Maybe it is what they can do in the ring or how they look, but there are others who are better at talking. It can help a lot to have someone who knows how to identify those talents, and one of the best going today has set his sights on some people who are quite good at the promo game.

Paul Heyman recently took part in a recent Highspots Virtual Meet and Greet where he was asked who he felt was underrated when it came to their promo abilities. Heyman chose both of the Street Profits, Montez Ford and Angelo Dawkins, saying that the two of them already had great promos but had not yet scratched the surface of how great they could be. He also described the chemistry between the two of them as “just magic”. During Heyman’s tenure as the Executive Director of Monday Night Raw, Heyman featured the Street Profits doing promos before they had begun wrestling on the show.

There is a history here. Check out Heyman meeting the Street Profits: 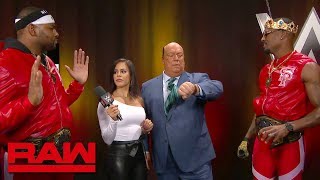 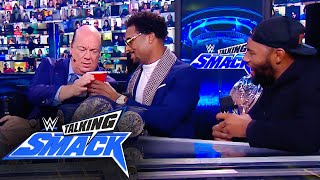 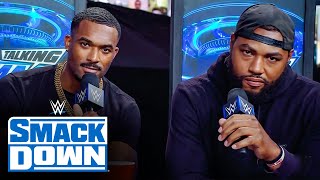 Opinion: Heyman certain has some taste as well as some knowledge of what he is talking about. If there is one thing that Heyman has been able to do over the years, it is pick out some wrestlers who are not getting the same recognition. The two of them have a very unique way of speaking and it works out very well. I could go for more of them, either together or on their own, and that is a good place to be.

What do you think of the Street Profits? Who are your favorite talkers in wrestling today? Let us know in the comments below.

Huge Winner Take All Double Title Match Set For Takeover: In Your House