This is an interesting show as it’s the final episode of Impact to air on Destination America, putting to rest the question of what else they can air after the tournament matches are wrapped up until the debut on Pop. Tonight we’re getting a bunch of previews for the semi-finals along with a pair of non-tournament matches, which will be the first since September. Let’s get to it.

We open with a video on the four semi-finalists (Lashley, Matt Hardy, Eric Young and Ethan Carter III) all wanting to be champion.

Recap of how the tournament came to be and Matt Hardy’s path back to the title. He introduces his match against Davey Richards from October 14, 2015.

Davey takes him down to start and works on a leg lock but lets it go just as quickly. We get a chat from the round table discussion where Davey is pretty passive about the whole thing but Matt wants the title back. They head to the apron with Matt grabbing a quick Side Effect to send Davey to the floor.

Back in and Matt hooks a sleeper but Davey fights back with a jawbreaker to knock Matt to the floor, followed by a suicide dive. Josh: “Of course the ending to Bound For Glory has been trending for two weeks.” Back in and Davey fires off kicks until Matt grabs the Side Effect for two more. Matt dives into a kick to the ribs but Davey misses a top rope double stomp, setting up the Twist of Fate to give Matt the pin at 9:06.

Matt talks about the rest of his matches so far and promises to give Eric Young an unfortunate Twist of Fate.

This is an all-stars match. DJZ and Micah finally start things off after a lot of debate between Future 4. A wristlock has Micah in trouble and it’s off to Mandrews as Josh talks about various cities representing in Bethlehem, Pennsylvania at the live show. Jesse comes in for a knee to Mandrews’ ribs but X-Division starts taking over with rotating shots to the arm.

Everything breaks down and X-Division suplexes Jesse and Micah down at the same time. Future 4 heads outside, setting up all the dives from X-Division. Micah dives as well until Jesse takes Mandrews’ head off with a hard clothesline. Jesse teases a dive but stops to pose instead. Manik dropkicks him to the floor and dives on the pile.

Mandrews gets broken up as well and it’s Drake tagging himself in to pound away instead of letting Jesse go for a cover. Future 4 starts taking turns on Mandrews with Crimson hitting a chokeslam. Drake tags himself in again and the argument (Josh: “It was like the Mega Powers exploding!”) allows Tigre to get the tag.

Crimson flips Drake off when he reaches for a tag and Jesse drops to the floor. Micah, who has history with Drake, walks away, leaving Drake on his own. Eli tries to leave but gets thrown back in by his partners, allowing Manik to kick him in the head. DJZ’s tornado DDT sets up Mandrews’ shooting star press for the pin at 10:04.

We look at Lashley’s path to the final four, including this match against Austin Aries on November 25, 2015.

Winner advances. Aries bounces off Lashley to start until a missile dropkick staggers Lashley a bit. That’s fine with Lashley as he throws Aries away and starts driving shoulders in the corner. Aries knees his way out of a delayed vertical suplex by knocking Lashley down to a knee but Lashley stands back up and suplexes him anyway.

Back from a break with Aries elbowing out of Lashley’s grip but getting caught in a belly to belly. The spear hits the post though and Aries follows up with a missile dropkick. Lashley slaps him out of the corner though and dead lifts him into a powerslam. The Last Chancery doesn’t get Aries anywhere so he goes with discus forearms. Lashley again powers out of the brainbuster and throws Aries over his head with a release German.

Aries avoids the spear but Lashley sidesteps the suicide dive. The match comes to a screeching halt as Aries is holding his arm with ninety seconds to go. Aries grabs the Lash Chancery but Lashley makes the rope. Instead of standing around for the last thirty seconds, Aries tries a 450 but eats a spear to send Lashley on at 15:05.

Now it’s time to follow EC3 around as he goes to the gym in Nashville. After seeing him lift a bit, Carter talks about how this whole World Title Series is nonsense as he should have been given the title with no hesitation. His last name hasn’t kept him undefeated and he won the Group of Death in the first round.

Elimination rules. Roode tags himself in to start against Spud but the Rockstar kicks him to the floor and we take an early break. Back with Spud rolling Edwards up for two before it’s off to Anderson. For some reason Spud mimes the microphone dropping down and gets clotheslined. Edwards comes back and counters the Underdog into a rollup to eliminate Spud.

Eddie goes takes down Anderson and gets two on Roode with a Backpack Stunner. Anderson tags himself in though, meaning Roode’s Crossface doesn’t count. Anderson is smart enough to let Bobby keep the hold on as long as he can. Anderson kicks Roode outside and a Mic Check eliminates Edwards to get us down to two. Roode flips out of the Mic Check and grabs a spinebuster. Back up and Roode escapes another Mic Check, setting up the Crossface. Anderson tries to roll over but gets caught in the middle of the ring, giving us the submission at 13:20.

Kurt Angle talks about how important this tournament is. He’s fought all four of the semi-finalists and could see any of them winning. Angle doesn’t really pick anyone but seems to think Lashley is the favorite.

Video on Eric Young’s path to the semi-finals.

We start after a break and Young is quickly sent to the floor, only to snap Roode’s throat over the top rope. Young stays on the throat with a catapult into the middle rope and we hit the neck crank. A quick neckbreaker gets two on Roode but he comes back with an enziguri for a delayed fall. Roode grabs a spinebuster for two and counters the piledriver into a jackknife cover for two. Back up and Young grabs the referee for a distraction, setting up the piledriver for the pin at 6:50.

Young brags about his success and promises to win the World Title again.

They chop it out to start with Anderson getting the better of it and sending Carter to the floor as we take a break. Back with Anderson firing off more chops and pounding Carter in the head as Carter tries to cover up. A quick baseball slide takes Tyrus out and a boot to the face looks to set up the Mic Check.

Carter drives him to the floor to counter, which Pope refers to as dinosaur land. Anderson gets sent into the apron and Carter bends his fingers back for good measure. We hit the chinlock as Pope and Josh compare Anderson and Carter’s upbringings in the business. Anderson fights out with less than five minutes to go and easily wins a slugout.

The Regal roll and a swanton get two on Carter and both guys are tired with two and a half minutes to go. Anderson goes up top and counters a super 1%er into a middle rope Regal roll for two more. Tyrus and Earl Hebner argue on the floor (Tyrus: “YOU’RE TOO OLD!”) so Anderson beats Tyrus up with a chair with a minute left. Hebner gets rid of the chair, allowing Carter to kick Anderson low and grab a jackknife rollup for the pin at 16:24 as TNA’s clock continues to be off.

Clips of Carter at his house exercising, tormenting his pool cleaner and drinking at his bar.

It’s time for a big sitdown interview with the semi-finalists. Lashley wants to know if Carter is going to fight on his own or if Tyrus is going to do the fighting for him. Carter says he already beat Lashley so he shouldn’t have to do it again by any means. Matt thinks Carter is delusional but he’s not looking past Young, who is crazy in his own right. Eric laughs off the idea that Matt swept a tag division because Group Originals was the toughest. Back to Matt who calls Eric the next victim to suffer a Twist of Fate.

Hardy would love to face either Lashley or Carter in the finals but picks Lashley because of his integrity. Lashley thinks he’ll face Hardy and he’d love to have his first shot against Matt. Carter simply says Eric Young. Eric goes with Carter because of his history of winning. We go over who they all think won’t advance. Young picks Matt because he isn’t making it out of the semi-finals. A lot of violence is promised and Matt promises that Eric won’t break him. We wrap things up with a lot of shouting.

One more video for the road ends the show.

How Much Does WWE Pay ESPN For Weekly Coverage? 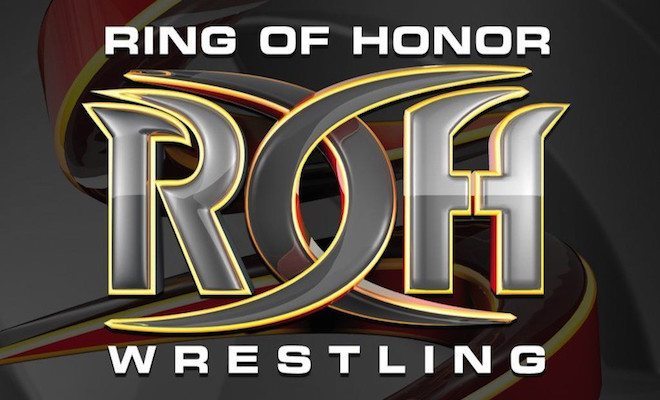