LOOK: Seth Rollins Does Something Cool For A Young Girl

That’s just nice. Wrestlers are a weird breed as they are supposed to be able to maintain their characters on television as well as outside of the ring. That is in theory at least, as you do not see wrestlers keeping up the aura of kayfabe outside of the arena very often. While that might go against tradition, there are some instances where it can be rather nice, which was the case earlier this week.

Earlier this week, WWE star Seth Rollins was photographed buying lemonade from a girl’s lemonade stand. The girl’s father posted the image to Facebook, saying that Rollins appeared at random to buy some lemonade. The father lives in Davenport, Iowa, which is the same city where Rollins is billed from in WWE. Rollins has been feuding with Cesaro on SmackDown in recent week.

This was pretty cool. Check out what other cool things Rollins has done in WWE: 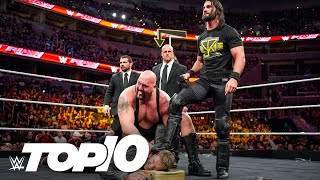 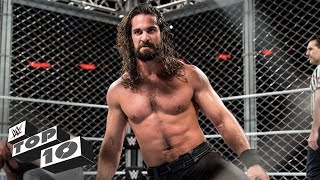 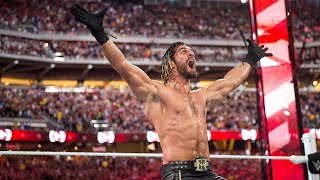 Opinion: I know Rollins might not be the most popular star in WWE today but this was a pretty heartwarming moment. If nothing else, Rollins is likely going to be a local celebrity in a smaller town like Davenport, so it must be pretty cool for someone to see him out and around helping out something local like this. It is just a nice moment, and that is not something you get to see very often.

What do you think of Rollins? What is next for him in WWE? Let us know in the comments below.