That’s a place to go. Earlier this year, several names were released from WWE in a few strings of roster shakeups. Some of these names were rather surprised, but it was pretty clear that a lot of the wrestlers would wind up going somewhere sooner rather than later. With some, it was a matter of when their no compete clause would expire, and now we know where one of them will be heading when their time is up.

According to the Wrestling Observer Newsletter, former WWE star Aleister Black is expected to sign with AEW when his ninety day no compete clause expires. However, the deal is not a guarantee. It is believed that Black’s no compete clause expires on August 31, which would make him available for AEW All Out on September 5. Black was released with WWE along with five other wrestlers on June 2, 2021.

This could be interesting. Check out what Black can do outside of WWE: 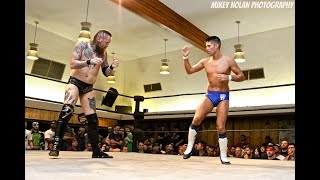 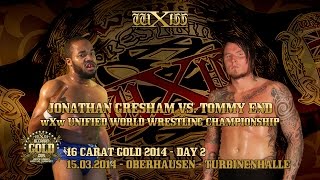 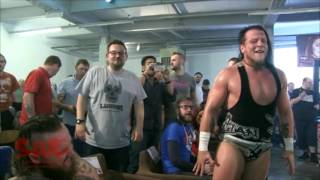 Opinion: This is the kind of thing that could make for an interesting move for AEW. It would kind of surprise me to not see Black wind up there, as he was someone who could be a big star anywhere he goes. Then again there is always the chance that he winds up somewhere else, including WWE. Either way, someone is going to get a heck of a new talent, and that is great for whomever picks him up.

Where will Black wind up? Where do you want him to go? Let us know in the comments below.