It’s a violent sport. Wrestling is not like any other sport in the world as you have a mixture of athleticism, action, violence and other forms of storytelling all in one. That is the kind of thing that can cause some issues for anyone involved and that certainly can be the case when someone gets injured. Unfortunately that was the case this weekend and it was a pretty nasty looking injury.

WWE wrapped up its pay per view schedule on Sunday with Tables, Ladders And Chairs. The final pay per view of the year featured the show’s usual namesake matches, which certainly delivered on the violence. That was not the only hard hitting match of the night though, as the New Day lost the Raw Tag Team Titles to the Hurt Business. It turns out that the team lost something more than that.

New Day’s Kofi Kingston tweeted out a picture of two pieces of his teeth, both of which were knocked out during the pay per view match. Kingston congratulated Shelton Benjamin and Cedric Alexander on the hard hitting match and said he was looking forward to the next one. Alexander responded, saying that it is called the HURT Business. There is no word on when the teeth were knocked out during the match. Kingston appeared on Monday Night Raw but did not wrestle on the show.

Hats off to @Sheltyb803 and @CedricAlexander tonight. I’m still spiting out pieces of my teeth. You’ve officially earned my respect. Good battle! ?

I’m thoroughly looking forward to the next one…
———#wwetlc pic.twitter.com/utaHg478cX

It was a heck of a fight. Check out how the title match went down:

Opinion: That’s the nature of the sport and you can never be completely safe when you’re in the ring. Thankfully this doesn’t seem to be anything too serious and Kingston can be fixed up in a hurry with the help of a good dentist. If nothing else, it was nice to see that Alexander didn’t apologize or anything like that, instead just going on with what he should have said in a situation like this.

What did you think of the match? How long will Hurt Business hold the titles? Let us know in the comments below.

VIDEO: Special TLC Tribute You May Have Missed 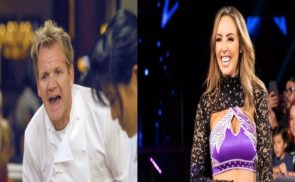