That’s an explanation. Given how much television WWE has to produce, it is easy to see how many people and characters can come and go at any given time. Sometimes you are going to see someone pop in and then head right back out, even if they do not make that big of an impact during their time. That seems to have been the case with a certain supporting character, but he still has a role in the company.

After debuting with WWE in 2016, AJ Styles has gone on to become one of the company’s biggest and more reliable stars. Styles can wrestle against anyone and that should not be a surprise given how good he has been everywhere else during his career. This includes Impact Wrestling, where Styles spent a good chunk of his career. Another name from the company appeared with Styles earlier this year, and now we know why it did not last so long.

Styles was recently interviewed by TalkSport and mentioned that he and Joseph Parks’ on-screen pairing, which began in August of this year, did not last because Parks was a “powder puff”. Styles wanted someone who could help him in a physical situation, which is why Omos is now being used as his new bodyguard. Parks continues to work backstage for WWE as a producer.

The two weren’t together all that long. Check out one of their segments as a unit:

Opinion: This does make sense, even though Omos is not one to get all that physical. It helps that Omos is someone with a likely longer future ahead of him. Parks is 47 years old and has wrestled a rather long and brutal career. While Omos might not have the same experience, he is far younger and the size difference is more than enough to make something like this work. That being said, I could go for more of Parks in the future, as he really is good at what he does.

What did you think of Styles and Parks? What else could Parks do on screen? Let us know in the comments below. 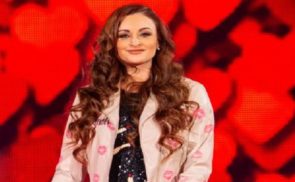