Shall we say goodbye? We’re finally past Double Or Nothing and that means the wrestling world hasn’t been talking about much else ever since, including the WWE roster, which allows for some interesting discussions. There are several very interesting talents that both companies could want as as luck would have it, two WWE names have contracts that are expiring rather soon.

On Monday, Maria Kanellis mentioned on Twitter that her and her husband Mike’s contracts were expiring in three weeks. The couple has been with WWE since 2017, though Maria spent a large portion of that time off the road due to her pregnancy. Both are currently on 205 Live, where Mike has seen some of his greatest success since joining the company. There is no word on any contract negotiations from either side.

Contracts are up in 3 weeks. Just saying…

This feels like a long time ago. Check out the Kanellises making their debuts in 2017: 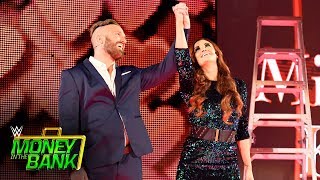 Opinion: I don’t think it’s any secret that Mike and Maria haven’t exactly worked out in WWE. Maria was the star of the pairing and was gone for the better part of a year, which doesn’t leave a lot of room for anything to work. Things have gotten a little better on 205 Live, but is it enough to keep them from wanting to try their hands in AEW? Or does WWE even want to keep them around that badly?

Do you think they’re off to AEW? Should WWE try to keep them? Let us know in the comments below. 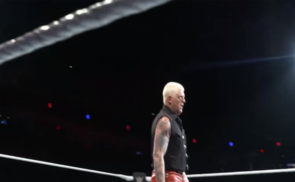