The Invasion Again? AEW Star Invades Starrcast In Disguise And Gets Ejected.

And he almost got away with it. It’s quite the time to be a wrestling fan at the moment, with all kinds of attention coming to the sport that has not been seen in years. A lot of this is due to the rise of AEW, which will be holding its debut event this weekend. This includes a huge convention called Starrcast, which features all kinds of wrestling personalities. One wasn’t meant to be there though and it didn’t go well.

According to Ringsidenews.com, Maxwell Jacob Friedman tried to sneak into Starrcast and invade a live edition of the Taz Show. Friedman had not been invited to the even due to a feud with organizer Conrad Thompson, which may have been a storyline. The invasion included a disguise, though Friedman’s trademark scarf seemed to be a giveaway. Friedman is scheduled to be part of the Casino Battle Royal at Double Or Nothing.

Friedman knows these people pretty well. Check out his match from All In:

Opinion: This screams storyline and there’s nothing wrong with that. The whole point of something like this is to get some extra attention for tomorrow night’s show and that seems to have worked well. Friedman is quite the performer and something like this seems right up his alley. For someone just in his early 20s, Friedman has a very bright future and it’s a good sign to see him getting to do something like this.

What do you think of Friedman? Will he ever be a World Champion? Let us know in the comments below. 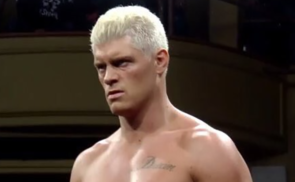 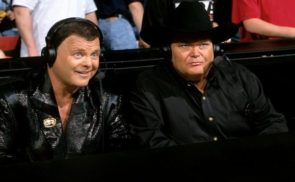 I Know You. Could Jim Ross And Jerry Lawler Reunite In AEW?