KB’s Review: What A Weekend

Every year in late March to early April, the wrestling world comes together for WrestleMania Weekend. Over what has now become the bigger part of a week, all kinds of promotions and wrestlers come together to run a series of shows in the same area as WrestleMania. This can result in some great matches and moments, all in addition to what WWE is offering on the major stage. It is such a great variety and it is quite the special feeling. This year, in the words of Kermit the Frog from Muppets Most Wanted (which I know you’ve all seen), we’re doing a sequel. Well kind of.

This weekend included three top level wrestling events from around the wrestling world, even if none of them were anywhere near each other. Over the course of about 36 hours, was saw a lineup of WWE Clash At The Castle, NXT Worlds Collide and AEW All Out. This isn’t going to be about the specifics of the shows, which I’ve already seen by the time I’m putting this together (because I’m that far behind), but rather how much fun it is to have this kind of a variety pack over a single weekend.

The main thing about the weekend is how different the three shows felt. In addition to being from different promotions (if you count WWE and NXT as different), each show felt like it had a unique theme, or at least a focus, which made the variety that much better. That is where things got so much more fun and this week we are going to take a look at why each show was so much different.

We’ll go in the order they aired and start with WWE Clash At The Castle, which had a really simple focal point: WWE’s first stadium show in the United Kingdom in thirty years. That alone is enough to make things feel important, as there will be tens of thousands of people there. It isn’t something you see very often, regardless of country, as WWE runs major events in stadiums on special occasions (Royal Rumble, WrestleMania, Summerslam, Money In….never mind).

Going with such a huge look and on such a big stage makes things feel that much more important. All you have to do is look around and see the people to know that you are seeing something important. This was a WrestleMania size crowd (if not bigger) and the big fight feel was in the air. At the same time, it was a first for so many fans as a lot of them probably weren’t even alive for the legendary Summerslam 1992 show.

On top of that, you have the main event, which was two hard hitters fighting for the World Title. That is how the biggest match on a major wrestling show is supposed to feel and WWE nailed the build. After the last few weeks, I wanted to see Roman Reigns vs. Drew McIntyre for the WWE Title (or whatever clunky name the title is going by these days). You can argue the result (and people certainly have) but man alive did they nail the build and atmosphere around the whole thing. That’s how you make a show feel like it matters and they got the hard part right.

Then we’ll stick with the across the pond theme with NXT Worlds Collide. Which worlds are colliding you ask? Well that would be NXT and the now defunct NXT UK. The latter went away after their final show earlier this week, leaving us with a bunch of title unification matches to cover at Worlds Collide. That was the focal point of the card, with only the Heritage Cup being left on the sidelines. Granted that means no more Noam Dar for the time being so things are already looking up.

This was another small card with only five matches (compared to six at Clash) but each one of them had a title on the line. That is more than what you get with almost any other show and they made it work here. Ricochet came over from SmackDown and Doudrop/Nikki Ash came over from Monday Night Raw for some main roster/NXT homecoming appeal, but the focus was on the unification matches. It might not have been the best night for NXT UK, but at least they were able to get some kind of farewell instead of just fading into the background.

What made this show work was the guarantee that some of the titles were going away and some of the champions were going to get big victories. Bron Breakker and Mandy Rose both got to unify some titles and Pretty Deadly left with two sets of titles without coming in with anything. I don’t know if I would call them dream matches, but it did feel like a show that had some value to it and that is more than could be said about almost anything NXT UK has been doing for the last several…well years really. That is a good enough way to go out and now we get to move on to NXT Europe at some point whenever next year.

Then we have the other big one with All Out. When I say big, I mean a massively overstretched card with FIFTEEN MATCHES (and yes the Zero Hour show with its three title matches count, as AEW advertised it and spent a good deal of TV time building up what was included) spread over about five hours. AEW has an excellent record for pay per views so just hearing that this was going to be a thing was all you really needed to get the excitement going.

This show was built up more around wondering what was going to happen, as the Casino Ladder Match had the Joker element, but the bigger deal was in the main event. AEW has not exactly done a great job at setting this show up but there were parts that had me rather interested. That helps give the show a feeling of wondering what was going to happen out of sheer unknown. It helped make me want to see the show and that is the feeling that you want going into a major event.

Oddly enough, despite being so long and with so many screwy elements, All Out might have been the closest thing to a traditional pay per view. It had a lot of matches sure, but the matches had (mostly) been well built up and you were waiting on the payoffs to the feuds that were being presented. The show did wind up working well, even if there might have been a lot of screwiness after the fact. All Out was a fun enough way to spend a Sunday night and that is the point of the show.

What makes this all the more fun is the variety that we had over the weekend. You might have watched any or all of the three shows, but what mattered is that you had the choice. It was a different kind of weekend because there was so much stuff going on over a couple of days. That is usually reserved for WrestleMania season and it is nice to see it spreading around the calendar a bit more. Having everything come together for a few days in March/April is nice, but it can be great to see something else take place at other times around the year.

Wrestling is great in any form, but there is something to be said about having it presented in multiple ways. At some point, it stops mattering nearly as much if you are getting the same stuff over and over. Mix it up a bit and show us what we can get, which is what happened over the course of two days. You might not have cared for all of what was presented, but what matters is that it was available. That is the kind of thing you do not get very often and it was great to see. What a weekend to be a fan. 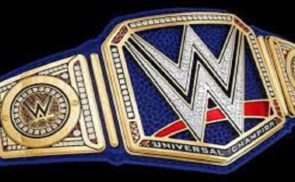 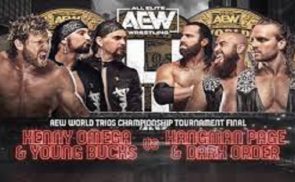 Another One Down? AEW Star Possibly Injured During All Out Title Match