The family is done. There have been a lot of stables throughout WWE history and some of them have been quite the success. It makes sense for WWE to keep pumping them out and see what they can put together, as you neve rknow when something might work. Now though, a stable seems to have been broken up in a big way, as titles were lost as a result of the split.

This weekend at NXT Worlds Collide, the Creed Brothers, part of the Diamond Mine, were in a four way elimination match to unify the NXT and NXT UK Tag Team Titles. Late in the match, fellow Diamond Mine member Damon Kemp prevented a chair from being used, only to use it on Julius Creed instead. The Creed Brothers lost the titles as a result, as Kemp turned on his team. Earlier in the night, Roderick Strong, also of the Diamond Mine, was attacked, though it was not clear if Kemp was involved.

Opinion: This is pretty long overdue, as there was little reason to keep the Diamond Mine together. The team has teased a split for months now and it is better to let the Creeds go forward instead of having them deal with the drama over and over. I’m curious to see where this is going and that is what they were trying to accomplish with this kind of a surprise turn.

What did you think of the turn? Where do you see this going? Let us know in the comments below. 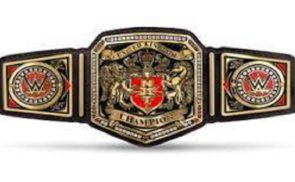 He’s Here Too: Surprise Return Takes Place At AEW All Out