Yeah he’s big. There have been a lot of returns to WWE in recent weeks and some of them have been very impressive names. The new regime has allowed for some stars to come back and see what they can do under new leadership, but there are still some other names who could come in and make an impact. That was obvious this week, as we had another major star return.

This week on Monday Night Raw, Braun Strowman returned to WWE, interrupting a fatal four way tag team match. Strowman caused a no contest by attacking everyone in the match and leaving them laying at ringside. This came after an overturned car was seen earlier in the night, which had been one of Strowman’s signatures. Strowman was released from WWE in June 2021 and is a former Universal Champion.

Opinion: This is one of those returns that had been talked about for a few weeks now and it is great to see Strowman back. He is someone who could be slotted straight into the main event scene and already has the kind of credibility that will make him a big star. WWE can always use that and it is nice to see him back, especially after he was let go so suddenly last year.

What do you think of Strowman? What should he do now that he is back? Let us know in the comments below. 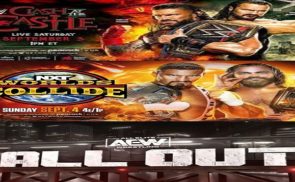 KB’s Review: What A Weekend