In the more than thirty years that I have been watching professional wrestling, Survivor Series has always been one of my favorite shows of the year. It had a unique style with the multi-person teams facing off in elimination style matches. The ideas were pretty simple back in the day: take a big feud with two wrestlers who don’t like each other captaining the teams and then add in a bunch of other wrestlers who are feuding with each other as well.

Now, if you have been watching wrestling for a pretty long time now, you likely know that this hasn’t been the case for a very good while. Instead, Survivor Series is now built around the Battle For Brand Supremacy between Monday Night Raw and SmackDown (and occasionally NXT). All night long, you have the card made of matches between the two brands with a mixture of champion vs. champion matches and various elimination matches throughout the night.

So where does that leave us? Well not with very much actually, because the bragging rights which come with winning the battle last for about five minutes. As soon as the show is over, the teams stop caring because the whole Battle For Brand Supremacy means nothing and has meant nothing since the first time it was used. It’s the same thing over and over again and that has never quite been a good idea.

You know all of the complaints. Why are these wrestlers suddenly so into team spirit? What about how much they hate each other? Are we really supposed to believe in the power of matching shirts? What does the winner get? That has been the case every single year (aside from any time Stephanie McMahon is involved because she has to lord any victory over whomever is in charge of the other show) and here we are again, because WWE is so locked into this concept.

So why should you watch Survivor Series? Other than maybe seeing an interesting match, what is the reason to watch the show? It isn’t to see a title change hands as all of the matches involving champions are non-title. It probably isn’t to decide which show is better, because there is no particular reason to dislike one show just because you like the other. You don’t have anything long term to come from the show as the bragging rights are gone pretty much the next week so….what else is there here?

In short, Survivor Series (or any show for that matter) needs to mean something. You need to have some kind of stakes for the matches that you are asking us to watch. Having a five hour show for the sake of a one night concept is not going to be something that draws in much of audience, and that is kind of defeating the purpose. What we get is something that sounds interesting on paper but really doesn’t have much of an impact once you see what you are getting.

I’m really not all that interested in seeing Sami Zayn vs. Bobby Lashley for the right to brag over which title represents more fans or if the Street Profits or the New Day, who literally just traded their Tag Team Titles a few weeks ago, are the better team. Randy Orton vs. Roman Reigns is in the same boat, and where does that leave you? Trying to remember who is on which show because they have only been on Monday Night Raw and SmackDown for about a month and a half by the time Survivor Series actually starts. That doesn’t really leave you many options.

What it does leave you with is the need for something that matters. I’ll spare you a long list of possible ideas of what that could mean (the winning side gets the final entry in the Royal Rumble, the losing side has to defend its titles in a champion vs. champion match, the winning team gets to pick any two wrestlers on the other show to change sides for instance) and focus on what else has caused the problem.

When you watch Monday Night Raw and SmackDown at the moment, you can see that WWE already has plans for what is coming beyond Survivor Series. WWE is obviously setting up some matches here and there, many of which will be title matches, and that does not make me want to see Survivor Series. It makes me want to see everything else, but not Survivor Series, leaving it as kind of a requirement that needs to be covered instead of something to look forward to.

This is part of a problem that WWE has had many times over the last few years. It comes off like they are trying to build up more than one thing at a time and that creates a much bigger problem. It’s like they are trying to focus on several things and, as you probably guessed, as a result, nothing actually gets well built and you are stuck getting through multiple shows which don’t mean very much. Right now Survivor Series is fighting for attention with whenever you get to see the matches that WWE has been hyping up while the Survivor Series matches are left on the back burner.

This was for a big prize:

While I don’t think they are doing it on purpose, WWE has basically sabotaged its own pay per view. I know Survivor Series is still part of the unofficial Big Four but that doesn’t make it an interesting concept when you actually look at what is going on. At some point you have to have something that the fans want to see and having there be some kind of consequences or a serious, worthwhile prize for whatever you are doing can go a long way towards doing that.

Or, and just hear me out on this, maybe they could just do what the point of Survivor Series was in the first place: a series of elimination matches featuring teams captained by the top stars and a bunch of other wrestlers who are feuding with each other. That was the idea with the original shows but then that began to seem old hat. Now we have similar matches, but they are thrown together teams, often involving infighting between the members. That’s where I have to shake my head a bit.

I know it might seem old hat and not the most original idea, but would it hurt to try to set up something like an old school Survivor Series card? WWE has WAY more than enough wrestlers to make something like this work and given how much they enjoy going over their own history, it isn’t like this couldn’t work. If nothing else, turn it into a hybrid of the two: put some stipulations on what you’re doing, but have the feuds be personal too.

And this had a major meaning too:

Have the matches be for a title, future title shots, something that the wrestlers have been wanting, something that benefits the show they are on or something else. Heck say that the survivors on the team all get a guaranteed title shot at Tables, Ladders And Chairs the next month. It’s not like there is some kind of limit to what they are allowed to do here and I don’t get why WWE insists on putting some kind of limit on the show.

Survivor Series does seem like an outdated concept at times but WWE has made it that way. It has turned into the updated version of Bragging Rights and a lot of the time it seems like that is being done to hurt the show. The battle between the shows can work, but like the original show concept, it loses its luster in a hurry. WWE needs to tweak things, or the show will be added to a much worse series: pay per views that shouldn’t survive. 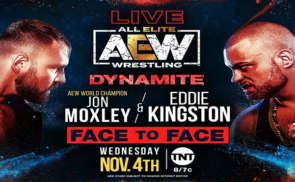 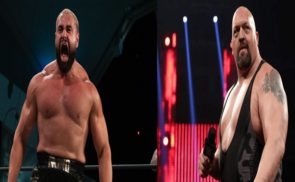