I know everyone has been focused on Summerslam (and the fallout by the time this is published) but there is a lot of other stuff going on in the world of wrestling at the same time. That material hasn’t been getting the same amount of coverage and while there is a good reason for a lot of that, there is one story that came out of a big show over Summerslam weekend that caught my eye. It might be minor, but it gets under the hood of some of the problems that a pretty important wrestling company is having.

On Friday, August 9, Ring of Honor presented its Summer Supercard event, which was their Summerslam weekend show. That’s a pretty big show in its own right, as the show is in the same city as Summerslam and is likely to be one of the more important cards of the entire year. The show was pretty stacked too with a Ladder War main event for the Tag Team Titles (the most important titles in the company at the moment), Rush vs. Dalton Castle III (a match so important that it has Roman numerals) and the match that we’re talking about today.

The other match of note on the show featured Ring of Honor World Champion Matt Taven defending against Alex Shelley, who was wrestling only his second match back since retiring last year. Shelley is a big enough name to get a spot like this and that’s all well and good. He might not be the biggest name in the world, but let him get in there and use some veteran abilities to help bring Taven to a good match. The match ran just shy of nineteen minutes and was pretty quality stuff, but there was a spot in the middle that is going to be remembered more than anything else.

A few minutes into the match, the two of them fought to the floor with Shelley in control. As Taven was down for a bit, Shelley noticed a fan in the front row, sound asleep. Shelley went over, stole the fan’s shoe, hit Taven with it, and then threw it back before continuing on with the match.

The moment in question:

There’s a lot to unpack here from something that took all of thirty seconds from start to finish, if even that long. I know the general reaction to something like this is that the moment was harmless fun and something that was little more than a joke from Shelley who probably thought it was funny. While it’s not my kind of humor, I can see how some people would get into it and get a laugh out of something like this. That’s where we get to the bad part though.

If you’re a wrestler in a big match like this, or even in a smaller match on a small show, why aren’t you furious, or even disappointed, that someone is sound asleep during your match? The point of wrestling is to entertain the fans and keep them invested in what you are doing in the ring. For one reason or another, that was not the case here, meaning that Shelley and Taven have failed at their jobs.

What bothers me here is how little Shelley seemed to care. He went over and took the fan’s shoe, which opens up a whole other set of problems. What if the fan woke up, freaked out and hit Shelley? Suppose Shelley got hurt, or suppose the fan threatened some kind of action over what Shelley did (tell me you haven’t heard of weaker reasons for a threat)? Are you telling me that you couldn’t see some kind of a complaint about the emotional distress of being made to look like a fool on television/pay per view? I’m sure Ring of Honor could settle that with free tickets or something, but it’s something they could have to deal with.

The best example I can think of for something like this is from Over The Limit 2010. Rey Mysterio was facing CM Punk when the match had to be temporarily stopped for an injury. The fans chanted boring….and Punk went ballistic. He hit everything he could think of in just a few moments because he was not going to have the fans call his match boring. You don’t get that very often and it showed what happens when a wrestler thinks they are disappointing their fans. As opposed to making it a joke that is.

This was a different version: 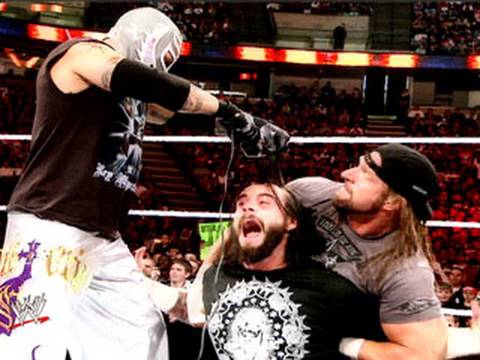 Then there’s the bigger picture, which is how this makes Ring of Honor look. Wrestling companies, from the smallest all the way up to WWE, try to have some kind of an identity. That can be a fun atmosphere (a company I recently looked at called Pizza Party Wrestling would fit that description), a serious atmosphere (imagine a comedy match breaking out at an old Mid-South show), or a mixture of the two (WWE has comedy, but it’s not a comedy based promotion).

Ring of Honor has an identity and that’s the work rate promotion. They don’t do many big angles and the majority of their storytelling is centered around wrestling. Yes they have some less than serious characters, but the focal point has always been the serious nature and that has not changed (hence what happened when Enzo Amore and Big Cass were brought in and soundly rejected by the fans). This is the kind of thing that would have fit in perfectly in a place like Chikara or PWG, where this kind of thing is more accepted. That’s not what Ring of Honor is though and the moment stuck out as a result.

Having a funny spot in a serious match is perfectly fine and something Ring of Honor can get away with doing. What they can’t get away with doing is having Shelley stop in the middle of the match, draw attention to this fan, and do something goofy with him. Not only does it go against what Ring of Honor does, but it goes against what Shelley has been talking about coming up to the match. His promo on TV was about wanting to get the chance to prove he’s the best and he posted some messages on Twitter talking about being homeless after retiring.

This match needed a stolen shoe:

In theory he should be trying as hard as he can to win the match and the title to prove how good he is, along with getting a secure roof over his head, not messing around with a fan and his shoe. It goes against everything the match is about. Imagine if in a serious match, someone broke out into a comedy spot. Can you imagine Cactus Jack vs. Triple H in the street fight at Royal Rumble 2000 taking a pause so we could have a dance off? It doesn’t quite work that way.

Finally, and probably most importantly, it makes Ring of Honor look really bad. What does it say that a company which is supposed to be at the top of the independent wrestling world has a World Championship match that is literally putting a fan to sleep? Keep in mind that the fan was in the front row, meaning he likely paid top dollar for that seat. If he isn’t interested in what is going on, how bored are the people in the nosebleed seats? Assuming there are people in them at all, and given some of the photos from recent events, that’s no guarantee.

Do you know why you never see something like this in WWE? Even if it does happen, they’re not crazy/stupid enough to show it. All this does is make the company look bad because….well think about it for half a second and it’s really clear. How many jokes are there going to be about this? How many fans might think “you know, it is a pretty boring company so maybe I shouldn’t watch this week.” That’s a bit more important than a funny (and that is a stretch) moment.

This was a bad idea that didn’t add anything to the match and hurt Shelley, the World Title and Ring of Honor in general. I know it seems like a minor deal that means nothing in the long term (probably true) but given where Ring of Honor is right now, why would they be happy with something like this? It shouldn’t have happened in the first place, but putting a focus on it made things even worse, and that’s just not smart in any way. 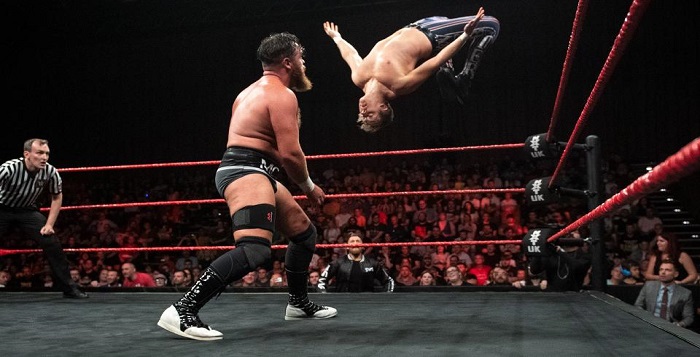 RUMOR: Yes It Happens In Wrestling. Vince McMahon Backs Out Of Deal With Dolph Ziggler And Refuses To Release Him.