KB’s Review: It’s All About The Presentation

I think I have officially covered every bad story going in wrestling at the moment, plus the few good ones. I’ve complained about Charlotte being Charlotte, I’ve praised Roman Reigns, I’ve talked about how bad Monday Night Raw is and I’ve praised Cameron Grimes. I would talk about Nick Gage, but this is a wrestling column so we’ll stick to the topic. Since there is a grand total of nothing else interesting enough to talk about for a few pages going right now, it’s time for a history lesson.

I love the Rise and Fall of ECW. While I wasn’t an ECW fan, their story was one of the most amazing in all of wrestling history, as they managed to take almost nothing and turned it into one of the most influential promotions in history. On the DVD, Paul Heyman said something that has always stuck with me in regards to wrestling (and just about everything else):

“It’s all about the presentation.”

You can have the worst ideas, storylines, angles, characters or anything else, but if you present them the right way, you can turn them into something special. At the same time, if you don’t present them the right way and have the wrong people in the wrong places, you can screw something up horribly. There is a rather fascinating history lesson here, and it even involves the same person in completely different roles.

A story you might have seen in wrestling involves a heel who wants to be World Champion really badly. He happens to be very wealthy but knows he can’t beat the champ on his own. Therefore, he enlists the help of a giant to do his bidding for him, with plans to pay said giant off for the title later on and be the champion without beating the superhero who held the title in the first place.

Now this should be a familiar story to any 1980s WWF fan. You have Ted DiBiase as the villain who wants to be World Champion but he knows he can’t beat Hulk Hogan. Therefore, he pays off Andre the Giant, gets some help from a crooked referee (or someone who was got plastic surgery to look like the referee in one of the most genius twists ever), waits until the giant cheats to win the title and then buys it from him, becoming champion.

Now this should be a familiar story to any 1990s WCW fan. You have Hogan as the villain who wants to be World Champion but knows he can’t beat Goldberg. Therefore, he pays off Kevin Nash, gets some help from a crooked Miss Elizabeth (who can’t keep her story straight about what Goldberg was doing to her and therefore can’t keep him in jail long enough), waits until the giant cheats (or uses a cattle prod in a No DQ match) to win the title and then buys it from him, becoming champion.

One of these stories is beloved and one of these stories is considered one of the all time dumbest angles in wrestling history. In addition to the big difference (Hogan got away with it), this is all about the presentation, along with the circumstances around it. Today we’re going to take a quick look at why the presentation and the people involved made all the difference in what was probably 90% the exact same story (I wouldn’t be surprised if the DiBiase version wasn’t brought up in whatever meetings WCW had at the time).

There are a few differences here, but the biggest of them all is what the title change meant. Back in 1988, Hogan had been WWF Champion for over four years. He wasn’t out of opponents to face and he was still the biggest star in the world, but it was time for something new. How long can you run the same ideas over and over? At some point it was going to fall apart and that was probably on its way. It was time for something new and the idea of Hogan losing was a genuine shakeup.

In other words, the WWF was rolling the dice and trying something. As Andre the Giant famously said in 1987, three years to be a champion, that’s a long time. Well four years is an even longer time to be a champion and that meant they needed to change something. The match was built up huge and you could feel that something might be happening. That being said, it was hard to imagine it actually happening as title changes were rare things back then (this was one of five in the 1980s) and the whole thing felt like it was a genuinely huge deal.

Now compare this to the Fingerpoke of Doom. Instead of going with something new, the problem is it went with something old. In Hogan’s case, something rather old. This was Hogan’s fifth WCW World Title reign in four and a half years (remember that one of them was less than a week shy of a year), but above all else, it was Hogan (in the seventh title change in less than a year).

Yes Hogan. Again. About six months after he lost the title to Goldberg, ending a reign that started about two months after he dropped the title to Sting (the real title change that is). WCW was already in a bad place and it was clear that they were going to try the same thing that had worked before, albeit a little over a year after it worked. What was there to get excited about for the fans? Goldberg had been exciting, but it was time to sacrifice him on the altar of Hogan, just like Sting less than a year earlier.

Ignoring the big picture, there was the story of how the night went. You had Elizabeth accusing Goldberg of stalking her, leading to him being taken to the police station (announced as across the street, leaving commentary to ask if he could make it back in time when he was cleared). The segments were stupid and above all else, it was obvious that something was up. WCW was never good at subtlety and that was the case again here. It didn’t help that this was WCW, where screwiness reigned most of the time. There was no hiding what was going on and that just made for a long night.

Back in 1988, the referee was crooked and didn’t stop counting when Hogan raised his shoulder. Something was up….and here’s another version of the same referee. This was a brand new idea and it made things all the more confusing. In other words, it was clever and unique, not tired and worn out like everything WCW was doing. That might be a simple way of saying it, but debuting a twin referee vs. obviously fake criminal charges kind of speaks for itself.

The Hogan title change in 1988 is seen as one of the more creative and memorable angles of all time and set off the next year and a half of main event stories. The Fingerpoke of Doom is perhaps the all time example of horrible booking with every possible thing going wrong. The stories are so similar and yet they are remembered completely differently, mainly because of how they were executed. It is the same story today, as a story being told at the wrong time or in the wrong way can destroy any good they might bring. Do the right thing and pay for the surgery instead of poking someone in the chest. That’s good advice. 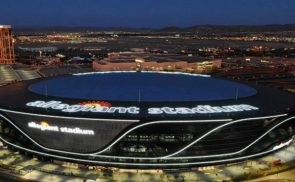 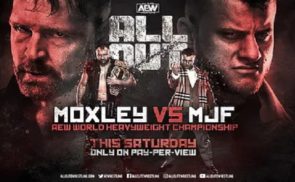