Adam Cole is the latest in a long line of WWE stars who is rumored to be heading to another company. The former NXT champion has been plying his craft on WWE’s black and gold brand since 2017. During that time, he’s become a cornerstone of the brand.

But like many others before him, Cole could find new life outside of Vince McMahon’s company. However while fans begin to debate the pros and cons of such a departure, the question is could Adam Cole remain right were he is?

Fans have been down this road many times over the past year. Every time WWE releases a batch of talent, the rush is on to predict what will happen next. Much of that speculation usually includes All Elite Wrestling, which has been the destination for many stars post-WWE. 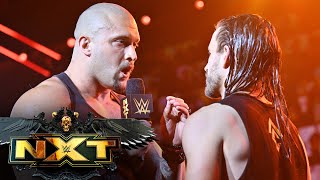 Tony Khan’s company has made serious waves in the pro wrestling industry and is firmly established as the second biggest promotion in the United States. The company features Hall of Fame legends, rising stars in the men’s and women’s division, as well as wildly popular tag teams. With two internet programs, a national TV show and one on the way, AEW is indeed in a prime spot in the industry.

The truth is that Adam Cole fits right in with AEW. The former Undisputed Era leader made a career on the independent circuit before joining WWE. He had great runs in Ring of Honor, as well as Pro Wrestling Guerrilla, before calling NXT home.

He’s got connections in AEW and he’s also got friends there who would surely love to hook up with him in an All Elite ring. Cole would certainly have his pick of opponents to face and judging from what fans have seen with other stars, he would also have all the creative freedom he could ask for.

But on the other side is NXT. Adam Cole was indeed well respected as a talent and well rounded as a performer before he arrived on the brand. But it was after he and The Undisputed ERA took the company by storm, that the worldwide audience recognized him as a star. His group waged war with everyone who dared oppose them, becoming NXT’s equivalent of The Shield on the main roster.

Cole’s BAY-BAY chant was infectious and his devious smile did little to disguise the devil in his character. He was fully confident in his ability and every time he stepped into the ring, he stole the show. He did it so often that many longtime fans were surely reminiscing about WWE Hall of Famer Shawn Michaels.

Ironically enough, The Heartbreak Kid’s current position with NXT puts him in direct contact with Adam Cole. This would explain a lot for a lot of fans, who can more than see the similarities in both men’s game. Considering that Cole seems to be happy where he is and extremely comfortable with his situation, why would he even consider leaving?

Is this a case of fans unnecessarily engaging in fantasy booking for Adam Cole? The desire to see Cole join AEW is not only due to the dream matches he could have, but also because he could elevate to the top of the company. That’s something he perhaps cannot do on WWE’s main roster, assuming he’s gets the call up to begin with.

But is that the case? While WWE’s track record of dealing with former NXT stars on the main roster hasn’t exactly ben stellar, does that mean the same will happen to Cole? Is he in for what amounts to an empty push, if he were to remain with NXT, then move on to either Raw or SmackDown? 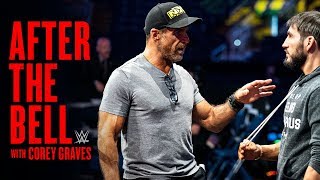 The truth is that there’s no way to know. Adam Cole isn’t former NXT star Damian Priest, who enjoys a good deal of spotlight on the main roster. He’s also not NXT’s Keith Lee, who can’t seem to gain his footing under the main roster’s bright lights. Cole is his own man. If he stays healthy and if the booking is right, there’s every reason to believe he could have a solid run on either the red or blue brand.

But what if he remains on NXT? Would that be a bad thing for Adam Cole? Cole, along with Johnny Gargano and Tommaso Ciampa, have become the three kings of the brand. Perhaps this trio will remain together in NXT for the foreseeable future.

Despite what happens moving forward, the fact is that Adam Cole has options. More importantly, he’s always going to be in demand. He’s too good to settle for second place and he works much too hard to not reach for more. Where all of this plays out however, remains to be seen. 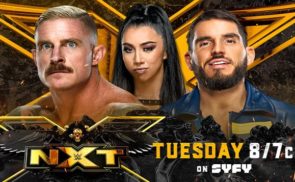 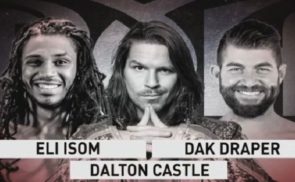