We’re done with Hard To Kill and that means we’ll be moving forward towards Rebellion in April. That’s a long way off though and now it’s time to talk about Tessa Blanchard as the new World Champion. It’s a big deal and something Impact can brag about, which I’m sure they will. Let’s get to it.

Josh and Don are in the Nashville studios to talk about how the historic title change.

Rascalz vs. Desi Hit Squad vs. Reno Scum vs. TJP/Daga

One fall to a finish. It’s a brawl to start and the bell rings when we’re down to Desi vs. Wentz. TJP comes in and we hit the parade of missed offense until TJP’s middle rope double dropkick is pulled out of the air. He flips out of that though and gets kicked in the chest a few times, setting up a running double stomp to the back.

They’re replaced by Reno Scum, who double teams Shera, including a running double stomp in the corner. A German suplex into a running double stomp gets two on TJP, who gets tied in the Tree of Woe. Daga slips out of a running Razor’s Edge buckle bomb into TJP and kicks Scum down. The Squad is back in to beat up Daga and TJP gets taken down as well.

Now it’s the Rascalz coming in to clean house, including a backbreaker/middle rope double stomp for two on Raju. TJP’s slingshot dropkick hits Raju and it’s Wentz being backdropped onto a big pile. Luster adds a big no hands dive, leaving Daga to kick Raju in the head. A sitout powerbomb gets two with Wentz making the save. It’s a short parade of finishers until Shera Sky Highs Wentz for the pin at 7:02.

Moose brags about beating Rhino on Sunday. He’s ready to win the X-Division Title tonight in a four way.

Josh and Don talk about how cool it is that Tessa won the World Title.

We look at Ace Austin retaining the X-Division Title over Trey Miguel.

Ace Austin is ready to star in a sequel and has no comment on tonight’s title defense.

We look at Rich Swann injuring his ankle at Bash at the Brewery II.

We look at Willie Mack challenging for the Tag Team Titles on his own on Sunday but coming up short.

Swann tells Mack not to worry about it.

Katie Forbes is ready for a very fun celebration with Rob Van Dam.

We look at Edwards defeating Michael Elgin to retain the Call Your Shot trophy at the pay per view.

Elgin is in Japan and loves everything about it. He wants championships in Impact and he’ll be back.

We look at Rob Van Dam beating up Brian Cage and then beating Daga as a replacement.

Van Dam is in a hotel room in a bath robe with a bunch of rose petals on the bed. It looks like he’s always celebrating but it’s because everything is a party. He beat the big bad machine, but here’s Katie to say he should only be worried about wrestling her. Jiggling ensues and something on Katie’s upper half is blurred out. Katie’s girlfriend, Jennifer, joins them and kisses Rob, who rants about how marks live vicariously through him.

We’re clipped to Rob covered in lipstick prints but the girls, now minus tops but with various things covered in whipped cream, come in and tell him to take the robe off. Jennifer: “Whip out that Rob Van D***.” And we’re out due to technical difficulties.

Post break, another announcement that later tonight, it will be an interview with Tessa Blanchard.

Video on Ken Shamrock’s issues with OVE, capped off by him beating Mad Man Fulton.

Shamrock knew Fulton was athletic and strong so he had to fight smart instead. Sami Callihan doesn’t care about Fulton and that isn’t going to change. Shamrock isn’t sure what’s next.

Johnny Swinger doesn’t like the new wrestlers gaming so much so he goes to play some pinball. He hits on a woman playing Galaga.

Ryan gives a fan his lollipop and offers Swinger a chance to touch….it. That’s a no, so Swinger cranks on the arm instead. Joey tries to make him touch it, which is enough to get him out of a waistlock. Swinger teases touching it but punches Ryan in the face instead. An atomic drop just hurts Swinger’s leg, allowing Don to compare the powers of different parts of Ryan’s anatomy. Swinger’s leg is fine enough to choke on the rope and then whip him hard into the corner for two.

The chinlock goes on for a bit before Swinger tries the falling headbutt for a low blow, only to knock himself silly. Back up and Swinger’s rollup with feet on the ropes gets caught, leaving Ryan to make him touch it. The flip takes out Swinger and the referee, allowing Swinger to hit Ryan low, mainly because Swinger never learns. As he holds his hand, Joey puts the lollipop in his mouth and Sweet Tooth Music is good for the pin at 6:40.

We look at Taya Valkyrie cheating to retain the Knockouts Title thanks to John E. Bravo.

We look at Tessa Blanchard winning the World Title in the main event.

To House Of Hardcore in November in Philadelphia.

Ace is defending and it’s one fall to a finish. They exchange kicks to the face to start until Moose gets to chop Bahh in the corner. Eddie comes back in and suplexes Moose to the floor, only to have to deal with Austin. Moose throws the champ outside and chops it out with Bahh again. A double clothesline puts them both down so it’s Eddie vs. Austin again.

Bahh is back up and splashes Austin in the corner, with Moose landing on both of them so Eddie can chop all three at once. Moose and Austin are sent outside so Bahh hits the huge dive, followed by Eddie diving onto everyone as we take a break. Back with Eddie hitting the backpack Stunner for two on Austin but Bahh splashes the two of them in the corner. Moos is back in with some dropkicks and a top rope superplex puts Bahh down.

Austin steals the near fall and kicks Eddie down for the same. Moose blocks the Fold and it’s an exchange of kicks to the face until Bahh clotheslines Moose for the big group knockdown. We take another break and come back again with Moose and Eddie chopping it out until a discus lariat drops Eddie. Bahh loads up the Banzai Drop on Austin but Moose makes the save. That lets Bahh get down and run Eddie over, only to have Austin counter another Banzai Drop into a super Fold to retain at 18:48.

We see some footage from after Hard To Kill with a lot of people, including friends and family, celebrating with Tessa.

Tessa joins us for a sitdown interview. She’s so happy with winning the title and beat Sami in the first chance she had at a fair fight. That doesn’t mean Sami and OVE are gone but she has accomplished the impossible goal. Now she is the hunted one and the face of the company but none of this happens by accident.

Sami pops in on the screen behind her and says he’s heard about history for the last 48 hours. He is the history maker around here and pumped blood into Impact when he arrived two years ago. Then he took his spot as World Champion but now Impact has what they want. Tessa is the champion Impact wants but he is the champion everyone needs. Tessa says anyplace anytime and goes to find Sami. Instead she finds another screen, with Sami saying she’ll never see him coming. 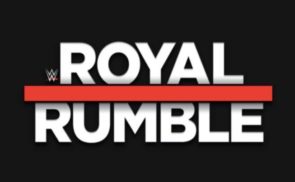 One More Time Now: The Royal Rumble Might Have Added A Legend To The Lineup