We’re still in New York as the Opera Cup continues with the second semifinal match. Other than that we get the fallout from last week with Tom Lawlor and the Spirit Squad beating down the Von Erichs. Other than that, there is always the chance of Contra getting into some violence. Let’s get to it.

Injustice has attacked Brian Pillman Jr. in an attempt to get him out of the Opera Cup, where the three of them are the alternates. This included some arm damage and a “fan” shouting for security. Injustice swears about this being what happens if you leave them out.

We look back at Tom Lawlor beating up Rip Von Erich (Lance’s son in a great joke), drawing out the real brothers. The Spirit Squad then ran in to save Lawlor and beat down Ross and Marshall.

Non-title and Lawlor is on commentary. The Squad is now in martial arts gear as they are Lawlor’s top students. During the entrances, we see their official induction into Team Filthy in a good bit of continuity. Some fans give the Von Erichs flowers in a Sportatorium inspired moment. It’s a brawl to start with Mikey being knocked to the floor so Kenny can run into a double dropkick. Back in and Marshall gets taken down, allowing the Squad to start in on his bad leg. Marshall kicks Kenny away with little effort and it’s Ross coming in to clean house. The Claw/belly to back slam finishes Mikey at 2:18.

Result: Von Erichs b. Filthy Squad – Claw/belly to back suplex combination to Mikey (2:18)

Post match, Rip Von Erich tries to run in but gets beaten down as well.

We look at Pillman being attacked again. Pillman is still being looked at.

Lawlor jumps the Von Erichs and hits Marshall in the bad knee with some kind of weapon.

Here are both attacks that you just saw again.

Injustice makes fun of Court Bauer wanting to fine them. You can’t get them on any BS charges so they should be in the Opera Cup now that Pillman is out.

Video on Mance Warner vs. Jimmy Havoc, who have been fighting forever and now it’s going to be a barbed wire match.

Pillman is arguing with the doctors behind closed doors. Pillman, with a very taped up arm, comes out of the room and says he’s cleared for tonight. Tonight, he’s taking out Timothy Thatcher and then he’ll deal with Injustice.

Here’s the returning Konnan for a chat. He talks about the partnership with AAA, which he helped put together. As for now though, he’s found the next big thing in Gino Medina. This brings out Gino with Konnan talking about Gino being the son of a member of Los Gringos Locos, which also included Konnan and Eddie Guerrero. Gino accuses Konnan of trying to manipulate him but Konnan says that would be Salina de la Renta, with sex references included.

Cue Salina to say Konnan has no sex life so Konnan says he’s at the top of the penthouse and Salina is in the basement garage. Now it’s the Dynasty joining in on things, with MJF suggesting that he can get Gino into AEW. Richard Holiday talks about how elite the team is and Hammerstone brags about his physique for a sales pitch. Gino shakes Konnan’s hand but then lays him out, with the Dynasty joining in as Gino joins the team.

Post break, we look at what we just saw.

We look at how Brian Pillman Jr. and Timothy Thatcher made the semifinals of the Opera Cup.

Pillman has a bad shoulder coming in. A running dropkick sends Thatcher into the corner and Pillman starts chopping away until Thatcher gets in the first crank on the arm to cut that off in a hurry. An elbow to the arm lets Thatcher glare down at him and the keylock goes on. Thatcher mixes it up with a half crab and a bow and arrow, followed by another more traditional armbar.

Now it’s a Disarm-Her until Pillman slips out and reverses a belly to belly into a crossbody for two. The arm is fine enough to grab a powerslam for two but the Dire Promise is broken up. Thatcher gets two off a suplex and we hit the chinlock. With that not working, Thatcher goes with a Fujiwara armbar but Pillman reverses into a rollup for the pin at 8:14.

We look at how Davey Boy Smith made the finals to preview next week’s big match. 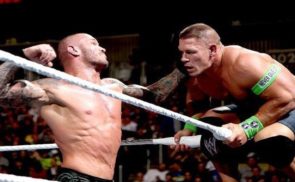