They didn’t do much in advance. WWE has been shaken up quite a bit over the last few weeks and there is a good chance that it is going to continue for a good while to come. Some of these changes have taken place behind the scenes, with some of those moves causing changes in front of the camera. That was the case last week and things were a bit more rushed than they seemed.

At Summerslam, Bayley made her return to WWE TV after over a year away due to a torn ACL. She was soon joined by Iyo Sky and Dakota Kai, who were making their returns after being gone from NXT for several months. Kai appeared on this week’s edition of the Bump and revealed that her appearance was a last minute decision and not planned in advance. Kai was originally released from WWE on April 29, just over three months before her return but did not wrestle a match for any other promotion.

Opinion: This is the kind of thing that has me interested, as it is the sort of change that you might see happen on a fairly regular basis in the near future. One of the cool things to see at the moment is who might show up after being gone for so long and Kai is one of those names. WWE needs some fresh blood and if Kai is just the start, things could get interesting rather quickly.

What do you think of Kai’s return? Who else might come back to WWE? Let us know in the comments below. 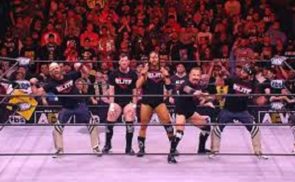