What Could Have Been: WWE Dropped A Story For Liv Morgan As She Moved To SmackDown

The more things change. WWE has a lot of things going on at once, which is made even more complicated as the roster is split into two different groups. While there is some crossover between Monday Night Raw and SmackDown, there are some wrestlers who almost never move over to the other show. Now it seems that one of the newest top SmackDown stars was almost in a very different spot.

According to Wrestling Observer Radio, the original plans for Judgment Day involved Liv Morgan being the foil for Rhea Ripley. The two faced off multiple times with Ripley often getting the better of things, but the story was to continue. However, Morgan would eventually move to SmackDown when she won the SmackDown Women’s Title at Money In The Bank. Since then, the story has changed to Edge and the Mysterios attempting to take out Judgment Day instead. It is not clear who will be dealing with Ripley.

Opinion: This is a bit of a confusing story, as Ripley and Morgan had already had their matches and they weren’t exactly making Morgan look good. Maybe they were going to be able to do something else, but for the time being, you could only go so much further with the story. At the end of the day though, it was good for Morgan who is getting the push of her career, so it seems that WWE made the right decision for her.

What do you think of Morgan’s recent work? How long will her title reign last? Let us know in the comments below. 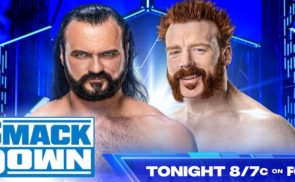 Let Freedom Ring: WWE Is Allowing Its Wrestlers More Freedom In The Ring And In Promos