What A Way To Go: AEW Stable Officially Broken Up On Dynamite

It was nice while it lasted. Stables are an idea that work very well in a lot of ways. One of the best things that they can do is bring together a lot of wrestlers who might not be able to get enough television time on their own. At some point almost every stable splits up though, and that is the case again with a stable that has been around for a while. This time it ended in a bit of a unique way.

Last week on AEW Dynamite, Hook answered an open challenge from Ricky Starks and win the FTW Title. Following the title loss, Powerhouse Hobbs attacked Starks and left him laying. All three are members of Team Taz, with Taz himself ending the team the following week. Taz said that he was ending the team because he did not know what the members were doing and no one cleared these actions with him.

Opinion: I do like the logic here, as there was no reason for Taz to stick around if his team has nothing to do with him. There isn’t much of a reason to keep the thing going so let everyone go forward on their own paths. That is something that works out well, as there is little reason for Team Taz to be around. The team has been a minor factor, but they haven’t won anything outside of the FTW Title. Let them do their thing and move on a bit.

What do you think of the idea? What is next for all of the members? Let us know in the comments below. 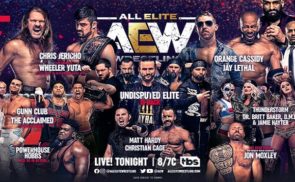