That’s good to hear. While the majority of the wrestling news will focus on AEW and WWE but there is a lot more to pick from in the wrestling world. With so much out there, it is easy to overlook some stuff, including some of the rare good news. Some companies are doing well and hearing something positive in the mess we’re currently stuck in and that deserves some attention.

Over the last few months, Impact Wrestling has been putting on some rather strong television shows. In spite of all of the upheaval on their roster, they have been able to make things more interesting than they have been in a good while. That is a positive sign when they are coming up on a pay per view, but the only thing that matters is how well the show did. We might know a bit more about the results.

According to PWInsider.com, early indications suggest that Slammiversary had some of the highest amount of online buys the company has seen in “a very long time.” It is not clear how many buys the show receive either online or over traditional pay per view. Slammiversary was centered around the question of which former World Champion would return, as well as a four way match for the vacant World Title.

The show had a lot going on. Check out some of the high spots:

Opinion: This is rather nice to hear and a good example of what happens when you put in the effort. Impact Wrestling has done some nice work over the last few months and now they are reaping the benefits of their effort. They have earned the success and hopefully they can keep it up. I know Impact Wrestling does not have the best reputation, but at least they are getting some respect off of their most recent work.

What did you think of the show? How has Impact Wrestling been doing as of late? Let us know in the comments below. 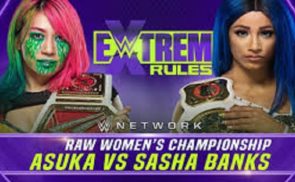